UK Oil & Gas sector will be crucial in the ‘green recovery’ 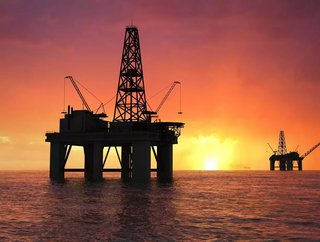 Lockdown has resulted in emission reductions across the globe...

Lockdown has resulted in emission reductions across the globe.

While sights are set on a green recovery, IP specialists Marks & Clerk say we mustn’t overlook the role the oil and gas industry will play in successfully transitioning.

Before the pandemic it was estimated carbon dioxide emissions would rise by 1% in 2020 – however, the fall in demand for energy due to coronavirus will result in a record 8% decline in emissions this year according to the International Energy Agency (IEA).

Tomas Karger, patent attorney at Marks & Clerk, says it’s not the first time we have seen an emissions reduction due to a global crisis – and in the past emissions have quickly rebounded.

He said: “This 8% in annual reduction in emissions is equivalent to the percentage required to limit global warming to less than 1.5C above pre-industrial temperatures. However, the target laid out in the Paris Agreement would require similar reductions every year this decade.

“History tells us that during a global crisis, such as the collapse of the Soviet Union or the 1970s and 1980s oil crisis, there is a temporary decrease in global emissions or a slowing of increases, but this is short-lived. For example, following the 2008-2009 global financial crisis CO2 rebounded in 2010 and increased by 5.9%.”

Public opinion indicates societal attitudes are shifting on the issue of environmental change, with many Brits of the opinion climate change is as serious as coronavirus.

In line with these opinions, the UK government, in particular, appears to want to avoid a rebound and has indicated that any efforts to restart the economy must ensure a green recovery. Indeed Britain’s Business Secretary Alok Sharma, who co-chaired the Petersberg Climate Dialogue in late April, emphasised in his closing remarks the need for ‘a green deal, a green transition, the need to invest in innovation, to shift the investment to green technologies.’

Reflecting on what this means for the oil and gas industry and the role it will play, Tomas Karger stressed: “The key concept here is transition through innovation.

“The oil and gas sector will, therefore, be vital for the energy industry to embrace green tech. Current technologies, which are not fully embraced by the sector, could be used to facilitate this green recovery.”

Examples of such technologies include:

He concluded: “Taking time now to formulate a green recovery plan is essential in order for oil and gas companies to increase their chances of long term success when the economy restarts post lockdown.

“While the future may see an increase in renewable power, adaptations and innovations, within the established oil and gas sector, can form a part of a greener future.”