Why oil and gas transformers need a second look 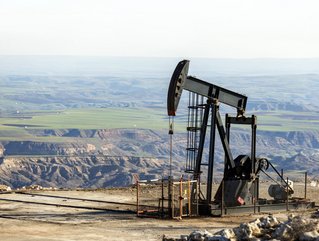 Despite forecasts indicating that growth in oil demand is slowing, the IEA’s 2019 Outlook for the Middle East is a rosy one.

Despite forecasts indicating that growth in oil demand is slowing, the IEA’s 2019 Outlook for the Middle East is a rosy one.

The significant investments needed in new infrastructure bring both opportunity and risk. Against the backdrop of a declining liquids market share, a renewed focus on cost competitiveness is needed – both for new and existing operations.

At the same time, in the face of ongoing threats, competitiveness cannot come at the cost of safety. As shown by the drone attack on Abqaiq, the world’s largest refinery, threats to critical infrastructure are evolving. Operators need to be prepared.

As with any industrial operation, a reliable source of electricity is critical to the competitiveness of oil and gas operations and unscheduled downtime from asset failure can easily cost operators into the millions of dollars in lost opportunities.

Significant improvements can be made by utilising predictive and proactive maintenance techniques, yet, in an attempt to keep costs down, many operators still perform reactive or time-based maintenance, risking greater maintenance costs in the long-run.

Transformer failure, as a case in point, poses a very real risk to oil and gas safety and uptime. Last year’s Transformer Risk Report found that 61% of survey respondents had experienced some kind of failure in the past five years. It was little surprise that 50% of respondents were very concerned about the impact of transformer failure on their operations. Even more of a concern was the length of time a failure might take to repair, with less than a third of asset owners expecting that power would be re-instated immediately, and a handful expecting to wait as long as 6 months!

Concerns over transformer failure are often exacerbated in the Middle East by harsh operating conditions. Last summer saw heatwave temperatures reportedly exceeding 60°C, coupled with dusty, humid or coastal conditions. What’s more, plants are not always in the most accessible of locations meaning any electrical equipment needs to be doubly reliable.

While newer transformer designs have been more closely tailored to cope in these conditions, the age and maintenance condition of electrical infrastructure across the Middle East’s oil and gas sector is mixed. Further, while refineries are experts at managing the processing of hydrocarbons, managing transformer fire risk may not come so naturally. And, as ExxonMobil’s Beaumont refinery found out, it only takes one small fire in a transformer to cause a sitewide outage that has an impact that lasts for days.

Taking proactive measures is a key line of defence, both for new and existing infrastructure. Kimberlite’s study found that oil and gas operators that employ maintenance approaches such as condition-based monitoring experienced 36% less downtime. For transformers, opting for an ester transformer fluid can make all the difference in providing a reliable, safe power supply.

Most transformers are filled with mineral oil; a good insulator, albeit demonstrably flammable. Clearly, an oil and gas operation is about the last place you’d want a fire, whether caused by mechanical breakdown, or as a result of terrorism.

In the 1970s, MIDEL ester transformer fluids were developed as an alternative insulating fluid by UK-based manufacturer M&I Materials. Leaning on the company’s century of history in innovating specialist materials, MIDEL’s readily biodegradable transformer fluid not only significantly reduces fire risk, but it can also substantially extend the transformer’s useful life.

Ester fluids are highly moisture tolerant, unlike mineral oil, protecting the transformer’s paper insulation and thereby extending its life. The fluids are also easy to use as a retrofilling option, meaning that operators across the Middle East can enhance fire safety and uptime while preventing deterioration without replacing transformers.

A new industrial centre for Oman

The Duqm Refinery in Oman is a clear example of how the right ester fluid can deliver world-class risk mitigation. Located in Al Duqm in the Sultanate of Oman, the refinery is part of a $15 billion investment earmarked to create Oman’s next industrial centre – the Duqm Special Economic Zone. The zone’s proximity to international shipping lanes in the Arabian Sea and Indian Ocean expedites the process of transporting goods in and out of the region and as such gives the refinery strategic advantage.

The site’s vision is to “create a facility that will benefit many generations to come….to be sustainable far into the future” and with a refining capacity of around 230,000 barrels of crude oil per day, fire safety is also an operational imperative.

As with any large-scale infrastructure project, the engineering team will have countless decisions to make to protect the billion-dollar investments being made – big decisions that could ultimately impact on generations to come. At the same time, this new infrastructure will need a laser-like focus on cost-competitive operations if it is to make its mark on the world stage. It’s a lot to think about, and a lot to get right. But being open-minded to simpler innovations that tick off several advantages at once is an excellent way to optimise both time and money.