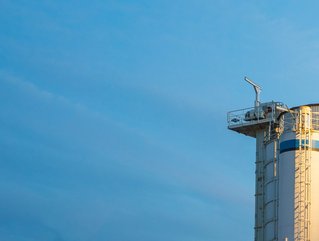 This commitment is in parallel to EIB Global, the dedicated arm for outside the EU of the European Investment Bank Group, providing US$75m to the fund, a statement said. The joint commitment will support the development of onshore wind and solar photovoltaic, and potentially hydropower, biomass, or battery-based electricity storage projects, it added.

JinkoSolar, one of the world’s largest solar module manufacturers, has said that 51.3% of its global facilities are powered with clean energy and that it is working towards achieving 60% by the end of 2023.

In a statement, JinkoSolar said that it had moved quickly on green initiatives and passed the 50% renewable powered mark in this year, with 12 manufacturing facilities in four countries – including China, Malaysia, Vietnam, and the US, all running on a mix of hydro, solar, and wind energy that it has developed or purchased.

AMEA Power, the Dubai-based developer, owner and operator of renewable energy projects, has announced that it has signed a Framework Agreement with the Government of Egypt to develop a 10,000MW green hydrogen project, for the production of green ammonia focused on the export market.

In a statement, AMEA Power said that the project will support the long-term vision of Egypt as it aims to become a hub for green hydrogen production. Announced at COP27 in Sharm El-Sheikh, the agreement will see AMEA Power partner with the Sovereign Fund of Egypt, the Egyptian Electricity Transmission, the New and Renewable Energy Authority, and the Suez Canal Economic Zone to deliver the project.

ALEC Energy explained that the energy system is the first of its kind in the world. It is an off-grid micro-grid with Azelio’s long-duration energy storage system. Leveraging a ground-breaking energy storage solution from Azelio, combined with 300 kW of solar PV, the system delivers power to the facility, reducing the need for conventional power generation during night-time and overcast conditions.