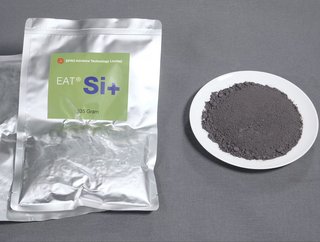 As EPRO Advance Technology claims a green hydrogen breakthrough, Johnson Matthey unveils plans for an £80mn gigafactory in the UK

The renewable energy company has developed a porous silicon material – called Si+ – which can generate, on demand, 'ultra-pure hydrogen' from a water source. Si+ can also act as a solid state hydrogen generating material which is compact, robust and easily transportable.

It believes the process has the potential to kick start the hydrogen economy.

CEO Albert Lau said Si+ facilitates a guaranteed form of energy when compared with renewable energy, which is often intermittent.

"It’s the first distributable energy storage material of grid parity,” he said. “Si+ technology has the potential to bring forward the hydrogen economy by decades.”

During a webcast, Lau demonstrated how Si+ can generate hydrogen from a water source.

“You could compare the inert vacuum-packed Si+ cartridges to those coffee machine pods and capsules, just add water and release the product,” he said.

The production process consumes under-utilised electricity, emitting no greenhouse gases. The raw material is metallurgical silicon, which can be sourced from sand together with a carbon source, or from recycled silicon from broken or end-of-life solar panels otherwise destined for landfill.

Johnson Matthey is building a £80mn gigafactory at its existing site in Royston, UK, to scale up the manufacture of hydrogen fuel cell components. It is expected to be in operation by the first half of 2024.

Earlier this year, JM announced a refreshed strategy, with an ambition to be the 'market leader in performance components for fuel cells and electrolysers' targeting more than £200 million sales in Hydrogen Technologies by end of 2024/25.

The gigafactory will initially be capable of manufacturing 3GW of proton exchange membrane (PEM) fuel cell components annually for hydrogen vehicles and is supported by the UK Government through the Automotive Transformation Fund (ATF).

The APC forecasts that the UK will need 14GW of fuel cell stack production and 400,000 high pressure carbon fibre tanks annually to meet local vehicle production demands by 2035 whilst the market expects that there could be as many as three million fuel cell electric vehicles (FCEVs) on the road globally by 2030.

"The fuel cell market has now reached a pivotal moment with the increasing urgency to decarbonise transportation and today marks the next step of the journey to a low-carbon future in the UK," he said.