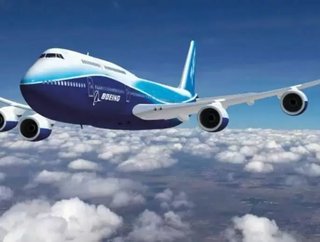 The aviation industry is very keen on biofuels, and heavy investment is being made by major airlines as well as jetplane manufacturers. Boeing&mdash;o...

The aviation industry is very keen on biofuels, and heavy investment is being made by major airlines as well as jetplane manufacturers.  Boeing—one of the most prolific names in air travel—will be the first to complete a commercial trans-Atlantic flight using biofuel.  A Boeing 747-8 commercial freighter is scheduled to arrive at the International Air Show in Paris next week to mark the pivotal event.

The Boeing jetliner is to be fueled with a 15 percent biofuel blend, using biofuel derived from the camelina plant.

The landmark flight is a nod to the coming jet fuel specifications to be published by the aviation fuels global standards body later in the year.  The standards could allow up to 50 percent blends of biofuels to be used as aviation fuel in commercial airliners.

Boeing spokesman Terrance Scott claims that many airlines are working together to set up agreements in preparation for the new standards.  While cost of tradition aviation fuel is still lower than biofuels, the industry wants to be prepared. “As an industry, we have to find a way to eliminate the volatility,” said Scott. “We won’t predict when peak oil is going to happen, or whether it has already happened. But you need to get going on this.”

The June 20 flight will be fueled by Honeywell’s biofuel blend, who reportedly claims that airlines won’t need to worry about changing their airline fleets to function properly with biofuels, even with blends of 50 percent.