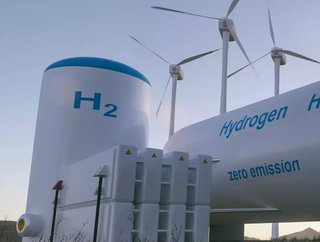 Hydrogen could hold the key to the future of sustainable transport with no carbon emissions and quick-fill tanks. But how far in the future could that be?

For many years, the possibilities hydrogen holds as a sustainable and renewable source of energy - particularly in the transport sector - has been discussed by engineers, researchers, and environmentalists worldwide. But as the reality of hydrogen vehicles becoming a part of our everyday lives creeps closer, and with it, the ticking clock to avoiding a climate disaster, how important and achievable is the use of hydrogen power for the future of the transport industry?

Why is hydrogen energy so important?

Climate change. It seems a week doesn’t go by without it being mentioned. The topic is steadily becoming increasingly unavoidable, and for good reason. In less than a century, the average global temperature rose by 0.74ºC between 1906 and 2005, and in 2015 it was reported that it had risen by a further 1ºC, with areas like the poles becoming warmer almost three times faster than the global average.

The third is particularly prevalent. The transport sector is responsible for almost 30% of global CO2 emissions and therefore imperative to worldwide decarbonisation. Without transport being a target for sustainable action, fossil fuels will be permitted to permeate the environment into a generation where the damage will be irreversible.

Hydrogen as a source of fuel in transport provides the attractive prospect of zero carbon emissions and quick to fill tanks, making it an exciting project for large companies such as Toyota and BMW to invest big bucks into. Ultimately, the more financial support, the faster the pace of change to drive hydrogen as a source of fuel, gradually bringing the goal within reach.

What are the advantages of hydrogen-fuelled transport?

In its ‘Future of Energy’ report titled Hydrogen Transport - Fuelling the Future, ARUP highlights the advantages of hydrogen-driven development in transport as:

Hydrogen technology is a renewable, clean and highly efficient source of electric and emission-free power that has the capabilities to rival the range of cars run on petrol, along with reducing the amount of time it takes to refuel a vehicle. In many ways, anything petrol can do, hydrogen can do better but with the added bonus of zero emissions.

“It’s just a matter of time before hydrogen technology is widespread,” said Symbio CEO Philippe Rosier in an interview with Lombard Odier. “It’s growth will be exponential in the coming years.”

But what about lithium batteries? With companies such as Tesla motoring forward with lithium battery production and making sustainability-focused deals with mining giants such as BHP, on top of the growing global demand for lithium to meet requirements for the production of battery-powered electric cars on the increase, battery metals seem to be taking the forefront in the drive for the future of viable transport. But hydrogen has the potential to meet the same level of, if not surpass, demand with the added advantages of a higher energy density and faster refuelling times.

Why is it taking so long?

Currently, only 25,000 hydrogen vehicles are in operation, the majority of which return to the same hydrogen station at the end of the day, meaning a network of hydrogen stations haven’t yet needed to be developed.

162% of battery-electric vehicles were sold in the year up to 2020, meaning companies are more interested in pumping investments into the battery business in comparison to the more niche tech of hydrogen. However, the efficiency of the extraction process of hydrogen is where it begins to lose ground. Compared to an electric car which is powered solely by an electric battery, hydrogen has to be extracted, compressed and mixed with oxygen in order to produce electricity. Yet, the argument remains that hydrogen-powered cars are not planned to replace EVs like so many people believe. It is simply an option to complement sustainable, clean and electric power.

The Hydrogen Council predicts that hydrogen vehicles will account for almost 50% of vehicles on the road by 2050. Countries such as China, America and South Korea have announced their interest in pursuing hydrogen transport ambitions in the near future, with South Korea aiming to produce more than 3 million vehicles by 2040. France even pledged €7bn into research for the future of this promising technology.

The opportunity for future development in aviation is also gaining momentum as heads turn to the sky and the pollution as a result of fossil fuel aircraft.

ARUP is confident in hydrogen energy’s success, pointing out that the industry “looks set to become cost-competitive with battery technology in 2025”, forecasting that the worldwide market for hydrogen “could grow to US$1trn” in the next thirty years