How turbines are adapted for energy generation applications 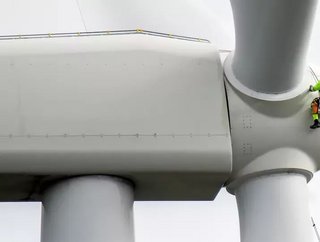 While the turbine is commonly associated with wind energy, the technology is not limited to the conventional turbine, nor does it have to be applied solely to operations on land. Renewable energy innovation comes in various different forms depending on the needs of the country and company they are used for.

The conventional wind turbine was designed by Frenchman George Darrieus, who patented the design of the ‘eggbeater’ style model in 1931—a style that is similar to the wind turbines that are used in modern wind farming. Since this time and during the latter years of wind energy development, there have been more than 340,000 wind turbines constructed across the globe, including both onshore and offshore applications.

While wind turbines are still being installed in large quantities, due to the ongoing demand for renewable energy, they have also been developed to meet further needs, such as tidal energy—another application for turbine technology, and off-grid wind energy systems.

Rural connectivity is a major concern as cities become increasingly more populated. When it comes to technological development, rural areas tend to get left behind, especially in under-developed countries, but Vodafone has taken a step in the right direction.

As part of its joint venture with Crossflow Energy, an innovator in the wind energy space, the company has assisted in building the ‘eco-tower’, a solution to off-grid energy generation. Vodafone is working alongside its network partner, Cornerstone, to run a proof of concept for the installation that will be used on rural sites. According to Vodafone’s Chief Network Officer, Andrea Dona, there is progress to be made and there will be significant challenges as the project strives to alleviate the issues of ‘small wind’.

Leveraging one of the strongest tidal currents in Indonesia is not an easy task, but the tidal energy pioneer is working to deliver feasibility for 7MW turbines to be used in the Larantuka Strait, which was pinpointed by the company as a suitable location for tidal energy.

The feasibility study will go ahead as the business was awarded £200,000 from Innovate UK to carry out the project and will add to the Scotland-based company’s portfolio of energy applications. Simon Forrest, Chief Executive Officer at Nova Innovation, said, ‘Our goal is to kick-start the development of tidal stream as a sustainable and abundant energy source for countries across the world’.

‘Indonesia is blessed with vast tidal energy resources that can be harnessed to generate clean, predictable, sustainable energy for the country. By working closely with our Indonesian partners we will accelerate the harnessing of this untapped resource, capable of powering Indonesia for generations to come’.

The technical assessments will be carried out through its partnership with Institut Teknologi Sepuluh Nopember (ITS) to conduct the necessary on-site and socio-economic tests for the Feasibility of Larantuka and Indonesian Tidal Energy (FLITE) study.