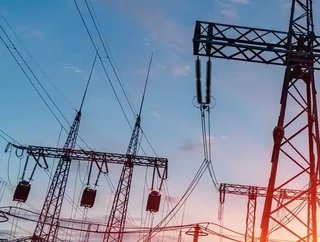 An eight-week technical trial with generators will be followed by a 12-week trial of live commercial markets, which is scheduled to finish in March 2021...

Power Potential has started a live trial in a bid to create more capacity on the national transmission system, develop potential new income streams for energy generators and save energy consumers over £400m by 2050.

The trial is split in two, comprising an eight-week technical trial with generators, followed by a 12-week trial of live commercial markets, which is scheduled to finish in March 2021. The project delivers on its aim to be more than just a theoretical proof-of-concept, as it already integrates with UK Power Networks’ live network management system and customer systems.  Subject to a successful trial, work will continue to explore how the local and national electricity networks can collaborate further around reactive power services to address system management challenges.

Power Potential was established to help manage the rapid increase in the volume of renewable energy connecting to distribution networks without breaching safe limits. The south and east of England has seen a significant rise in distributed energy resources in the last decade, with more than 7GW of generators now connected to its networks in London, the South East and East of England - almost as much as the UK’s entire nuclear power output - and Power Potential aims to add 4GW of power to these energy-hungry regions.

The latest trial follows a series of short trials involving individual generators and is the first time that the full system has been trialed in a live environment with multiple generators. The project uses a Distributed Energy Resources Management System (DERMS) developed by ZIV Automation. UK Power Networks has integrated DERMS into its control room to facilitate the service instructed by the ESO.

The general shift in balance of generation from transmission to distribution means the ESO is seeking new ways to manage voltage and system stability. By using generators on the distribution network to support national voltage control, co-ordination between the generators and network operators can be part of the solution.

Up until now voltage on the national transmission system has been controlled by a combination of power electronics and support from larger generators. By connecting more distributed energy sources as new sources of voltage control, it’s anticipated that current constraints on the system can be better managed, making it more stable and affordable to run, while creating new opportunities for distributed energy businesses.

Ian Cameron, head of customer services and innovation at UK Power Networks said: “Power Potential is truly transformative innovation because it’s fundamentally changing the way we do business and interact with the national transmission system. We’re creating a whole new market for renewable energy providers because it’s what they have asked us to do, and a way to reduce the cost of the whole electricity system to customers.”

“This is arguably the most ambitious innovation project happening across the UK energy system right now, and to get to this stage is testament to the collaboration and dedication of an outstanding team of specialists at UK Power Networks, ZIV Automation and National Grid ESO.”

Dr Biljana Stojkovska, Power Potential project lead at National Grid ESO, said: “The start of the Power Potential trials marks an important milestone for this world-first innovation project, which aims to create a new reactive power market for distributed energy resources. Through our collaborative approach with partners we’re applying groundbreaking engineering and economics principles to understand what’s happening in the power system and to unlock its unexploited potential.

“We look forward to the next stage of the project during which we’ll get some more detailed insight into what the trial data is telling us. And we cannot do this alone. Together with our project partners we’ll gain important knowledge to support future innovation in reactive markets and ancillary services.”

Adrian Kearney, Managing Director of ZIV Automation UK said: “This is a truly innovative project and a major milestone in creating and delivering new flexible services. ZIV is delighted to provide the core technology platform responsible for forecasting and dispatching the aggregated support services to the transmission grid. It’s a credit to the entire project team to achieve such a significant result during these challenging times.”