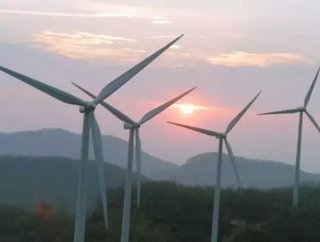 Renewable energy trumped nuclear power in US domestic energy production for the first nine months of 2011, according to a report from the US Energy In...

Renewable energy trumped nuclear power in US domestic energy production for the first nine months of 2011, according to a report from the US Energy Information Administration (EIA). In its latest monthly energy review, the EIA found that 11.95 percent of energy produced in the first three quarters of the year came from renewable sources, compared to 10.62 percent from nuclear.

Among the renewable sources of energy recorded, hydropower contributed the most to domestic energy, with a whopping 4.35 percent, followed by biomass (3.15 percent) and biofuels (2.57 percent). Furthermore, renewable energy accounted for 12.73 percent of net electricity generation in the US.

Despite skeptics' accusations that renewables still have a long way to go, these reports show just how fast it's actually growing—we need to be reminded by numbers every once and a while.

However, these numbers can be somewhat misleading. Nuclear still accounts for over 20 percent of all US electricity, compared to just 5.2 percent from all renewable energy. But, it should be noted that nuclear has had a headstart compared to most forms of renewable energy and that more projects are planned for renewable energy than any other form of energy. In solar power alone, there are 30,000 megawatts worth of projects waiting approval in the US (ten times what is already installed), according to the American Public Power Association. It's just a matter of time before renewables trump nuclear and coal completely, so long as the government enforces policies to help with the transition.