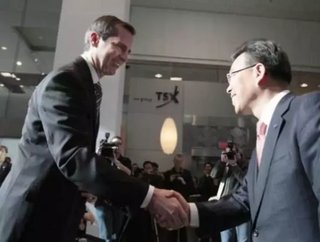 Ontarios Green Energy Act has been the catalyst driving the Canadian province into the position of number two in installed solar capacity in North Ame...

Ontario’s Green Energy Act has been the catalyst driving the Canadian province into the position of number two in installed solar capacity in North America, trailing only California.  In keeping up its renewable energy endeavors, Ontario has offered South Korea’s Samsung C&T Corp. a CA$3 billion contract to develop solar and wind farms throughout the province.

The terms of the deal stipulate that Samsung will build 520-megawatt projects in the Haldimand and Chatham-Kent and 550-megawatt projects in Kingston and Bruce regions of Ontario.  The contract represents the initial two steps in what will be a five-step plan spanning two decades to construct and operate 2,000 MW of wind capacity and 500 MW of solar capacity in the province.

Construction is scheduled to begin in 2012 and the first two phases completed by 2014.  Samsung C&T will work in conjunction with Korea Electric Power Corp. to design the plants’ electrical wiring and operate them upon completion.

Under Ontario’s Green Energy Act, Samsung pledged to invest CA$7 billion into the province in 2010.  The pledge was made in exchange for CA$110 million in subsidies over a 25-year period.