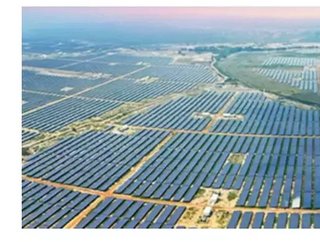 Acquisition comes as French energy giant looks to build its presence in the renewable energy sector...

It is another strong signal from the French Energy group of its intention to grow its global renewable energy profile. AGEL, which started in 2015, is billed as the "world's largest single location solar power project" with over 14.6GW of contracted renewable capacity and operating capacity of 3GW.

With another 3GW under construction and 8.6GW under development, the company aims to achieve 25GW of renewable power generation by 2025.

The investment in AGEL is another step in the strategic alliance between Adani Group and Total, which covers investments in LNG terminals, gas utility business, and renewable assets across India.

Along with the minority interest in AGEL, Total will have a seat on the Board of Directors of the company.

Patrick Pouyanné, Chairman and CEO of Total, said: "Our entry into AGEL is a major milestone in our strategy in the renewable energy business in India put in place by both parties. Given the size of the market, India is the right place to put into action our energy transition strategy based on two pillars: renewables and natural gas."

Adani Group Chairman, Gautam Adani, added that it has a "shared vision" of developing renewable power at affordable prices to enable a sustainable energy transformation in India. "We look forward to working together towards delivering India’s vision for 450GW renewable energy by 2030," he said.