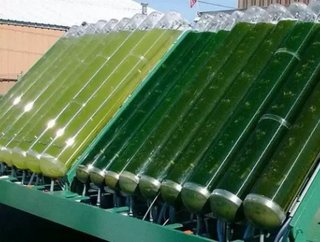 Scientists at Iowa State University have discovered a method that can increase biomass in algae by 30 to 50 percent. By expressing certain genes in al...

Scientists at Iowa State University have discovered a method that can increase biomass in algae by 30 to 50 percent. By expressing certain genes in algae that increase photosynthesis, researchers have discovered what it takes to increase the potential of biofuels production from algae.

"The key to this (increase in biomass) is combination of two genes that increases the photosynthetic carbon conversion into organic matter by 50 percent over the wild type under carbon dioxide enrichment conditions," according to Martin Spalding, professor in the Department of Genetics, Development, and Cell Biology and associate dean for research and graduate studies in the College of Liberal Arts and Sciences.

Using carbon enrichment conditions allows for algae to have enough carbon dioxide, which is more limited in natural conditions. Two genes in algae, LCIA and LCIB, are responsible for capturing and channeling more carbon dioxide from the air into cells to keep the algae growing, but shut down in environments with high carbon dioxide levels, such as in soil.

In experiments to increase algae's biomass, Spalding first tested lCIA and LCIB separately, proving a 10 to 15 percent increase in biomass. But when the genes were expressed together, he was surprised to see a huge increase of 50 to 80 percent.

"Somehow these two genes are working together to increase the amount of carbon dioxide that's converted through photosynthesis into biomass by the algae under conditions where you would expect there would already be enough carbon dioxide," said Spalding.

Furthermore, Spalding can direct the algae to make oil instead of starch, using some existing mutated genes. The result is around a 50 percent increase in oil biomass, opening up the possibilities for affordable, domestic biofuel development.