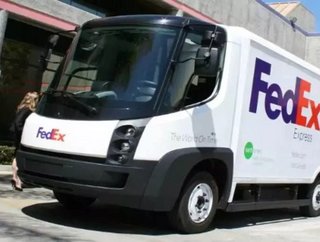 At its package distribution center in lower Manhattan, FedEx tests the waters with a fleet of 10 electric-powered delivery vans. Part of the study by...

At its package distribution center in lower Manhattan, FedEx tests the waters with a fleet of 10 electric-powered delivery vans. Part of the study by FedEx, Columbia University and General Electric will include finding convenient and cost-effective solutions for charging the vehicles for future plans in making a major shift from gasoline to electric powered fleets.

FedEx has been testing the EV market for a number of years and currently has about 43 EVs in service in Los Angeles, Chicago and New York. UPS has 29 and Frito-Lay has 176 electric trucks running on electricity, delivering goods to stores across North America. As part of Obama's National Clean Fleets Partnership, the companies have pledged to use more electric vehicles and alternative fuels for their fleets.

Unlike the others, however, FedEx is strategically experimenting with different vehicles from different companies to find the most cost-efficient and reliable model for large-scale, nation-wide use. That includes testing out the amount of electricity the vehicles would use and how that would affect the city's grid where they would be operating.

Each van requires about the same amount of energy as an average suburban house. The problem is, if a fleet of some 100 to 200 vehicles were to be charging at the same time, it's possible for the system to become overloaded and cause a blackout. Researchers are analyzing data from the vans charging activities to find a solution.

“We want to know how much electricity is going into the charging station, how many times each truck is being recharged, how many trips they take, and how far they go—all the electric parameters that come with a vehicle like this,” Matt Nielsen, GE Global Research’s lead scientist on the project, told Bloomberg. “We’re trying to bring in data from a lot of different sources.”

Although the futuristic vans cost about two to three times the cost of traditional vans, it's estimated that they cost 75 percent less to operate than their gas hog counterparts. By the end of 2013, FedEx expects to have some solid answers for assessing its options in expanding the electric vans throughout the company. That's good news for the drivers as well, boasting that the new vans have a tighter turning radius and reduced noise pollution, making delivery shifts much more enjoyable.