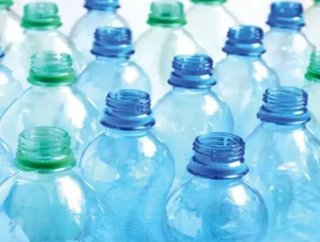 Written by Heather Rushworth The days of dumping trash into overcrowded landfills may be over. Just as you would not dump gold, diamonds, or hundred...

The days of dumping trash into overcrowded landfills may be over. Just as you would not dump gold, diamonds, or hundred dollar bills into garbage bins, you soon will hesitate to throw out your plastic water bottle, as the once typical trash is taking on a whole new value. New developments in technology seem to have done the unfathomable—and scientists have now found a means to turn plastic pollution into oil.

Ultimately, the process runs off the principle that plastic was once oil, and should be easily converted back to oil, and utilized as fuel instead of material. Amazingly, plastic holds a higher energy value than just about any other type of waste.

The Japanese company Blest created one of the first machines to convert plastic into oil, and they are introducing their discovery to the planet by educating children in impoverished nations to utilize the technology in their villages.

The easy to use machine uses a temperature-controlled electric heater which converts the plastic into gas without burning CO2. This is a revolutionary technology for impoverished countries, which can use the oil to fuel their stoves, boilers, generators and even as fuel for their cars.

There does not seem to be a downside to this technology, as the invention runs off of twenty cents worth of electricity, with little environmental ramifications. While the machine is currently limited to processing polyethylene, polystyrene, and polypropylene, it holds the promise of an eco-friendly source of oil, and a dramatic cut to our landfill waste.

In a world where the price of oil is always going up, the gross layer of smog is always thickening, and the garbage dumps are perpetually growing larger trash mountains, it is this type of invention which will put a dent in our over consumption, by consuming our own bi-products as non-hazardous fuel.