The Future of Batteries: a Distributed Approach to Energy Storage 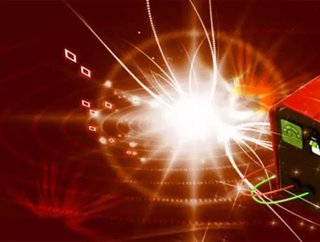 Written By: Edward Colby The energy generation landscape is changing rapidly. On the one hand, demand is growing as population increases and more natio...

The energy generation landscape is changing rapidly. On the one hand, demand is growing as population increases and more nations industrialise. On the other, the supply side is making use of more forms of renewable and intermittent energy sources, such as wind and solar. While electricity storage has long been regarded as an important, albeit expensive and difficult solution to grid balancing, this dual challenge means that we now require more efficient methods of energy storage than ever before, especially at times of peak demand. Fortunately, technology advancements have brought more cost-effective options, particularly in the field of batteries, to the fore.

Energy storage units are already in use to contend with intermittent supply, with large-scale batteries being employed to stabilise intermittent power generated via wind farms. These energy storage units can also be employed to back up a grid shortfall and cover for downtime, and are typically formed of either banks of lead acid batteries (~1MW), NaS (~10s of MW), or lithium ion batteries (~10s MW). These back-up batteries can be made portable, and transported (often by lorry) to areas as required for use by electricity aggregators needing to provide extra power in times of shortfall.

A further method being considered for the future is that of distributed storage, under which much smaller battery units are used by individual households and, when interfaced with other similar deployments situated nearby, can offer a capacity that would be both flexible and large enough to cover peak demand within a locale. The battery units would be lithium-based technology, but in much smaller quantities that do not require the specialist delivery and installation of large-scale options. These units are designed to provide the highest power densities available of current technologies, but would be small enough to store in areas such as a garage.

Battery technology is available to provide this type of distributed storage function, however, what is needed for widespread adoption is for specialists to develop technology that provides improved cost per cycle, which battery manufacturers are pushing to achieve. In addition it requires specialist development of low cost, efficient power electronics.

Getting Serious About Renewable Energy
The Sun God
Solar Sense

To implement an efficient distributed storage network, we need to be able to exchange energy between the generating source, grid and storage units with minimal losses, and a round trip efficiency of 90 per cent is a realistic but challenging target. This would allow users the flexibility to power items such as an electric vehicle, or enable the grid to draw on the distributed storage in times of peak demand or power losses and ensure we keep the lights on.

These energy storage units can be configured so that users can make choices about how they use their generated and stored energy, for example, allowing it to be returned to the grid in times of over supply – perhaps for a profit – or using it themselves. Certainly, it is possible that local areas could become energy self sufficient by employing a high concentration of energy storage units in combination with generators using renewable power sources such as wind and solar. If enough of them were in play, multiple small storage battery units could provide a backup to the national grid at times of peak demand. They could also form part of a ‘smart home’ architecture, whereby the energy storage interface can ‘learn’ to automate the best energy storage and usage patterns for the individual’s circumstances. This home hub could, for example, ensure that the user benefits from the best tariffs in return for feeding energy back in to the grid, or enable charging of their electric vehicle at the most economically attractive time.

We are reaching a point where the technology is affordable, and the lifecycle sufficient. Transmitting power from the grid with a low cost, reliable power converter to a battery storage unit and vice versa, on demand and efficiently, is the next battery challenge. With a smart approach, and the application of sophisticated power electronics technology to achieve it, distributed energy storage could be a reality very soon.