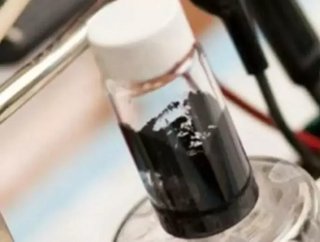 A group of young researchers at MIT has set out &ldquo;to reinvent the rechargeable battery,&rdquo; according to supervising professor Yet-Ming Chiang...

A group of young researchers at MIT has set out “to reinvent the rechargeable battery,” according to supervising professor Yet-Ming Chiang, and has accomplished just that.  The inventors have created a rechargeable liquid fuel for electric vehicles that holds charged particles, acting as an electrolyte.  The fuel has been named “Cambridge Crude,” and could make charging an electric car as easy as pulling up to the gas pump.

The new type of batteries function by way of semi-solid flow cells (the fuel) filling a fuel tank that rests between two other tanks—one for energy storage and the other for energy discharge.  The liquid fuel can be pumped in and either recharged in the vehicle itself, or pumped out and replaced with fully charged fuel.

The research team believes that the liquid fuel design could reduce infrastructure development needs by half, since existing pump and pipeline infrastructure could be used to transfer the fuel.  They argue that the technology could make electric vehicles fully competitive with gasoline and diesel powered vehicles.

Chiang’s team of researchers is preparing a fully operational prototype that could be manufactured for electric vehicles over the next 18 months.