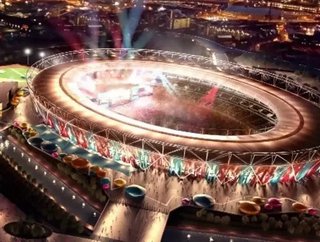 Click here to experience this article in our digital reader Written by Heather Rushworth The Olympics is that sacred time of year where the worlds peo...

The Olympics is that sacred time of year where the world’s people come together – from all creeds, and walks of life – and waste valuable resources in unison. With the blink of an eye enthusiastic crowds fill landfills with trash, transportation fumes smother the once clear sky, and millions of feeble ants are smashed under the stampede of frenzied fans’ boots.

Let’s not let our liberal tree-hugging ideas spur hasty judgment on the topic, after all, environmental disregard is what makes the Olympics fun. The Olympics are all about dominating nature, showing the old hag whose boss. And these ‘games’ are a mere vehicle to showcase physical brawn and vigor over the natural environment, a mere means to violently roar, “Take this ocean. Take this horse. Take this Badminton.”

Okay, perhaps these smug assumptions are a bit outlandish. The Olympics actually have made an effort to not only better their toll on the natural environment, but to greatly improve the conditions of the environment of the city they inhabit. The International Olympic Committee says this about their endeavors on their website, “The Olympics should provide a positive sustainable and environmental legacy that will last well beyond the Olympics themselves.”

This green ambition started in Sydney in 2000, when the Olympic committee chose to regenerate a Brownfield industrial site that had degenerated to a partial waste landfill – ultimately renovating it into their deluxe Olympic Stadium, and this eco agenda has only compounded over the years proving that 2012 is bound to be the Olympics greatest show of environmental initiatives to date.

One of the major feats of the Olympic Village’s eco-agenda is the way their facilities have met London’s new ‘Code for Sustainable Homes Level Four’ standards, which calls for a forty-four percent reduction in carbon emissions and a thirty percent reduction in water usage. This is a big deal considering the village will contain nearly 3,000 new apartments and 16,000 athletes and officials. The use of ‘green roofs’ on these buildings has been a major factor in the decreasing of such emissions.

Power for portions of the games will be generated by biomass boilers and a combined cooling heat and power plant, which are known for achieving low-carbon energy rates. In order to offset any carbon emissions that do sneak out on the Olympics’ behalf, the games are planting more than four thousand trees and a half a million plants, resulting in one of the largest landscaping projects ever taken on by the UK.

The Copper Box building which will host handball, goalball and the pentathlon, is roofed in approximately 3,000 square meters of largely recycled copper cladding, and is reducing the need for artificial lighting by forty percent by utilizing the conservation capacities of eighty-eight light pipes.

On the water front, rainwater harvesting will be used to flush the Copper Box’s toilets, reducing water use by forty percent. In the Aquatic Center, recycled aluminum was used for the roof’s structure, and one of the building’s supporting walls will double as a biodiversity space for wildlife.

However, it is the main stadium that gets the gold medal for sustainable efforts. London’s arena reduced steel consumption to such an extent that it is seventy-five percent lighter than all comparable stadiums. The gas pipes are made from recycled materials, and the concrete used is low-carbon.

While it is the peak abilities of the games’ athletes that will draw the crowds, it is the eco-measures of the Olympics that will make a cultural impact for years to come.