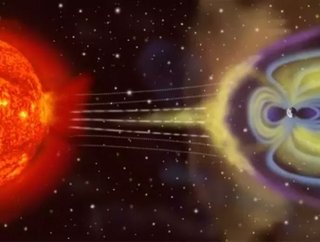 In early 2011, Energy Digital reported on a massive solar storm and the potential threat it posed to satellite and electrical grid infrastructure. Luck...

In early 2011, Energy Digital reported on a massive solar storm and the potential threat it posed to satellite and electrical grid infrastructure.  Luckily, civilization made it through without disruption to the telecommunications and power network we have come to rely on.  But don’t get too comfortable, because we’re not out of the “storm” just yet.  This week, another massive solar flare lit up skies around the world with dazzling aurora borealis, but shed light on an eminent threat.

While this week’s solar flare wasn’t strong enough to do any real damage, a reported flare just a week prior that fortunately ejected from the other side of the Sun, thus missing Earth entirely, was strong enough to have caused extensive damage to satellites and energy grid transformers had it headed toward Earth instead.  The scary part is that governments and utilities companies—who are now taking the threat very seriously—are nowhere near prepared to deal with the aftermath of such a devastating solar flare.

"Geomagnetically-induced currents on system infrastructure have the potential to result in widespread tripping of key transmission lines and irreversible physical damage to large transformers," a 2009 report(pdf) by the North American Electric Reliability Corp. (NERC) and the U.S. Department of Energy says.

"If the solar storm of 1921, which has been termed a one-in-100-year event, were to occur today, well over 300 extra-high-voltage transformers could be damaged or destroyed, thereby interrupting power to 130 million people for a period of years," Joseph McClelland, director of the Office of Electric Reliability at the Federal Energy Regulatory Commission, said at a May 31 House Energy subcommittee hearing on the issue.

"The U.S. society and economy are so critically dependent upon the availability of electricity that a significant collapse of the grid precipitated by a major natural or man-made EMP [electro-magnetic pulse] event could result in catastrophic civilian casualties," Rep. Trent Franks (R-Arizona) said at the same hearing.

Unfortunately, there are not enough transformers stockpiled as replacements in case of solar flare induced grid-failure and the issue has become a top priority for the Federal Energy Regulatory Commission as well as NERC.  However, there is “grid”-lock between the organizations as to just how far the federal government should extend its authority in regard to solar flare protection.  While utilities businesses have invested billions over time into protecting transformers and other grid structures against lightning, there has been little private investment to safeguard against space weather.  That will need to change, and fast, as NASA is predicting that 2012 through 2014 will see incredibly high solar activity.  While NASA can detect solar flares 24 hours prior to them even taking place, there is still a relatively short window of opportunity—roughly a few days—from detection to the time it hits Earth.

The Department of Homeland Security has funded the Electric Power Research Institute’s (EPRI) modular replacement transformer design to be used in emergency scenarios such as a solar storm.  The unit will be field tested in 2012.  However, Richard Lordan, senior technical executive with EPRI fears that that these actions are still very lacking in cogent policy parameters.  "What would be the appropriate deployment strategy? How many are needed? Who owns them? Who maintains them? And who determines when an event is severe enough to warrant deployment?" he says. "These conversations are going on."

One thing’s for sure, if you are a business owner linked in any way to grid infrastructure, then this issue should be a priority for you as well.  The private sector needs to be taking a more active role in preparing for the very real threat posed by solar flares. If preparation is placed solely on the shoulders of the government, then I fear we will not be ready when the big one does hit.