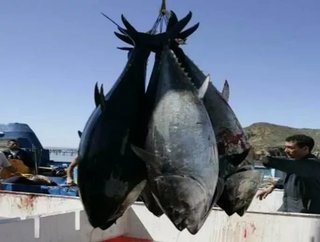 Bluefin tuna, contaminated from radioactive waste caused from Japan&#39;s nuclear plant meltdown, have made their way to the shores of the California...

Bluefin tuna, contaminated from radioactive waste caused from Japan's nuclear plant meltdown, have made their way to the shores of the California coast. Researchers are startled by the distance the radioactivity traveled--a whopping 6,000 miles across the Pacific.

The radioactive cesium found in the fish were 10 times higher than the amount found in tuna off the coast in previous years. Although smaller fish and plankton had elevated levels of radiation in Japanese waters after an earthquake in March 2011 triggered the tsunami that damaged Fukushima's nuclear reactors, scientists weren't expecting it to linger in larger fish. Typically, the larger, migrating species are able to metabolize and shed the substances within a matter of time.

Five months after the Fukushima disaster, other reports indicated higher levels of radioactive substances found in tuna captured off the coast of San Diego.

This summer, researchers will be investigating the levels of radiation in larger samples of the fish. The tuna that made the journey from last year were only exposed to radiation for about a month, whereas the upcoming travelers were exposed for a longer period of time. The results will not only provide answers for fearful consumers, but also create tools for scientists to use to track the movements of other migratory species in the ocean.