Termites may be Key to Cellulosic Ethanol 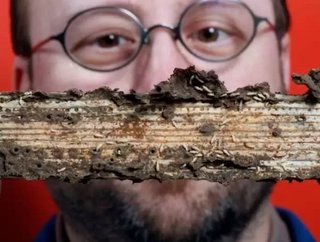 Termites are the bane of homeowners for their efficiency in breaking down wood and lowering property values. However, biofuel producers are looking to...

Termites are the bane of homeowners for their efficiency in breaking down wood and lowering property values.  However, biofuel producers are looking to the insects’ saliva for its unique ability to break down lignin, the material that makes plants “woody.”  Researchers have now isolated the enzymes responsible for lignin breakdown and believe it could be essential to a new generation of cellulosic ethanol production.

In an article published this month in the scientific journal Plos One, researchers Michael Scharf, Zachary Karl, and Drion Boucias from the Entomology and Nematology Department at the University of Florida, and Amit Sethi from the Department of Entomology at Purdue University have deduced that enzymes found in termite saliva can break down cellulose at room temperature, unlike current processes that require heat and steam or caustic acids that often generates hazardous waste.  The termite enzymes may even be less expensive than current cellulosic ethanol production.

“Once we figure out the best way to integrate this sort of enzyme into the process, it could drop the cost of producing cellulosic ethanol significantly,” said UF entomologist Mike Scharf, who led the research, a collaboration between the two universities and the biotechnology company Chesapeake-PERL Inc.

The study involved over two years of research toward identifying nearly 7,000 genes associated with a termite’s gut, then deducing which genes were responsible for breaking down woody lignin.

According to a 2009 report released by Sandia National Laboratories, cellulosic ethanol could replace roughly 30 percent of the United States’ gasoline by 2030 if price of production could be reduced.