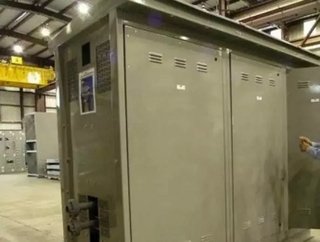 As energy developers seek bigger solar energy projects, there is one nagging problem that has become an industry-wide hindrance to project growth: a l...

As energy developers seek bigger solar energy projects, there is one nagging problem that has become an industry-wide hindrance to project growth: a lack of high-capacity inverters.  While 600 Volt project designs are the industry norm, developing larger solar projects will require a larger inverter.  American Electric Technologies Inc. has developed such an inverter, the world’s first certified 1-megawatt 1,000 Volt Integrated Solar Inversion Station.

The inverter has passed the solar industry’s inverter tests as outlined in the UL 1741-2010 industry standards.  Solar farm developers will now be able to construct utilities-scale projects with an increased return on investment by using the new high-capacity inverter, all while retaining the safety and reliability of the predecessor 600 Volt inverters.

"AETI has shipped more than 1 GW of power distribution and conversion systems into the world's harshest environments during our 65 years in the energy industry," said Charles Dauber, American Electric TechnologiesPresident and Chief Executive Officer. "Our industry-leading expertise in multi-megawatt power conversion systems was pivotal in the design of the industry's first 1 MW 1000 Volt solar inversion station tested to the UL 1741 solar inverter requirements. We are excited to offer financers, utilities, developers and EPCs this innovative solution from a company with a strong pedigree."

Ignite Solar will be the first company to launch the new 1MW inverter. Ignite Solar’s Chief Executive Officer Peter Mathey says, "We are excited to be able to deploy the world's first 1000 Volt 1 MW solar inverter tested to UL1741. With AETI's 65 years of experience, reputation, and bankability it was an easy decision for us."

The new inverter will convert roughly 15 percent more energy than the prior 600 Volt models.  It’s likely that large-scale solar power plants being planned the world over may look to this breakthrough technology to meet their inverter needs.