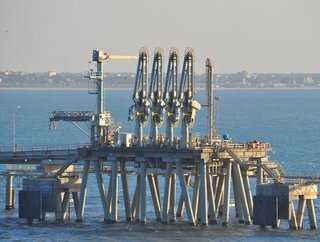 Chevron Australia, after eight years and tens of billions of dollars of investment, has finally shipped its first LNG cargo from it...

Chevron Australia, after eight years and tens of billions of dollars of investment, has finally shipped its first LNG cargo from its Wheatstone Project in Pilbara, WA.

The cargo will be delivered to one of Chevron’s foundation buyers, JERA, for delivery into Japan, with the site able to produce 15.8mn tonnes per annum once at full production. Combined with Chevron’s Gorgon project, the two projects could between them produce enough gas to supply half of Western Australia’s requirements.

Chevron Australia Managing Director Nigel Hearne said: “The first shipment of LNG from the Wheatstone Project signifies our commitment to be a safe and reliable long-term supplier of cleaner-burning natural gas for our customers in the Asia-Pacific region.”

Started in 2009, the Wheatstone Project has involved 300 companies and more than 7,000 workers, with well over $20bn spent on local goods and services since the outset.

At full capacity, the Wheatstone Project’s two train LNG facility is expected to contribute around six percent of the Asia Pacific region’s total future LNG production, delivering 8.9 MTPA of LNG for export to customers in Asia. The Project’s domestic gas plant also has the capacity to produce 200 terajoules per day of domestic gas for the Western Australian market.