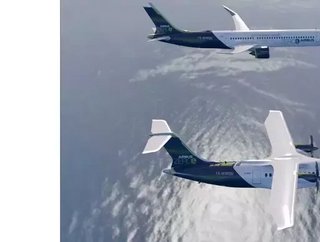 Airbus has billed its trio of hydrogen propulsion concept aircraft as aviation ‘game changers’ as the European manufacturer strives to develop the world’s first zero-emission commercial aircraft by 2035.

The three ZEROe designs – a classic commercial aircraft with longer more flexible wings, a turboprop with six-bladed propellers and revolutionary blended wing body – would be powered by modified gas-turbine engines that burn liquid hydrogen as fuel.

They also use hydrogen fuel cells to create electrical power that complements the gas turbine, resulting in a highly efficient hybrid-electric propulsion system. Each option has a slightly different approach to integrating the liquid hydrogen storage and distribution system.

“As recently as five years ago, hydrogen propulsion wasn’t even on our radar as a viable emission-reduction technology pathway,” explains Glenn Llewellyn, Airbus VP, Zero-Emission Aircraft. “But convincing data from other transport industries quickly changed all that. Today, we’re excited by the incredible potential hydrogen offers aviation in terms of disruptive emissions reduction.”

Airbus estimates hydrogen has the potential to reduce aviation’s CO2 emissions by up to 50%. Details for the three planes are as follows:

“Hydrogen has a different volumetric energy density than jet fuel so we have to study other storage options and aircraft architectures than existing ones,” explains Jean-Brice Dumont, Airbus EVP Engineering. “This means the visual appearance of our future zero-emission aircraft will change. These three configurations provide us with some exciting options for further exploration.”

Preparing for a future free from fossil fuels

Rival Boeing’s Phantom Eye is a liquid hydrogen-fuelled, high-altitude and long-endurance unmanned aircraft system for intelligence, surveillance and reconnaissance and communications missions. Back in 2008, it flew a manned airplane powered by hydrogen fuel cells – but to date, for both leading plane manufacturers, kerosene-powered aircraft have reigned supreme.

In tandem with the push towards greater sustainability and preparing for a post-fossil-fuels future, there is increased momentum now. Another project comprising a V-shaped liquid hydrogen plane, being developed at Delft Technology University in the Netherlands and backed by Dutch airline KLM, recently had a successful test flight.

Over the coming months, Airbus will formally launch several hydrogen demonstrator programmes, which will test hydrogen fuel cell and hydrogen combustion technologies respectively. A full-scale aircraft prototype is estimated to arrive by the late 2020s.

“The ZEROe will be the world’s first zero-emission commercial aircraft,” says Dumont. “As an engineer, I can’t think of working on anything more exciting than that.”