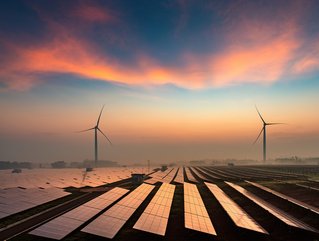 Australia’s Smart Energy Council has been launched, a body which will push the agenda for cleaner, smarter energy solutions nationwide. I...

Australia’s Smart Energy Council has been launched, a body which will push the agenda for cleaner, smarter energy solutions nationwide.

It combines the expertise of the Australian Solar Council and the Energy Storage Council into one streamlined association, describing itself as the new national voice for Australia’s smart energy future.

Chief Executive John Grimes said: “Australia will inevitably be powered by Smart Energy. We represent the most innovative renewable energy leaders in the field. We are transforming to better reflect our members and Australia’s energy future.

“We have been enormously successful in the past, and will continue to work with our members to support Australia’s Smart Energy transition. Australia has the world’s best solar scientists, the world’s highest uptake of household solar, and is a world leader in energy storage.”

While this may be a new organisation, its origins trace back to 1954 with the formation of the Australian Solar Council, with the Energy Storage Council being founded in 2014. Members of both bodies will see their memberships transition into the new association.

Grimes says that consumers are ready to join them in pressing for a renewable future. He added: “Almost 4mn Australian homes have solar on their rooftops. Over 6,000MW of solar photovoltaics have been installed, and this number continues to grow. That’s because Australians know solar works. Solar saves money. Solar is the cheapest way to generate new electricity, bar none.

“Australians want cheap, reliable, clean energy because they know it’s the smart choice. They want tailored solutions that match supply and demand in the most efficient and cleanest way. They want control of their energy.  They want to produce and store their own energy. They want smart energy management systems that do the work for them.”