CIP starts construction on 298MW of US solar projects 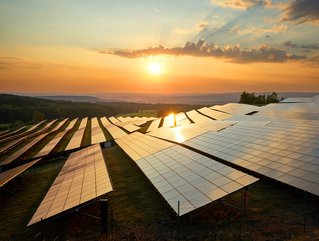 Danish fund manager Copenhagen Infrastructure Partners (CIP) has announced construction has begun on its two US solar farm projects which will have a total capacity of almost 300MW.

These are to be located in Texas and Utah. The larger Misae facility in Texas will have a capacity of 240MW, with solar panels supplied by Jinko and the building and operation and management (O&M) to be completed by Mortenson Company.

The project was acquired by CIP earlier this year and the farm is expected to be operational by the end of 2019.

A second 58MW facility to be located in Utah is the Sage Project. The EPC contract has been awarded to RES America Construction and the project should come online in the second half of 2019.

Christian Skakkebæk, Senior Partner at CIP, said that the projects, which are the first large scale solar projects for CIP, represent “an important milestone.” He added that the commencement of construction “demonstrates CIP’s capacity to originate, develop, structure and finance utility-scale energy infrastructure projects across multiple asset classes and technologies”.

“We are looking forward to working with our US-based suppliers, contractors and operators, as well as the local communities and authorities, to make the solar projects successful and deliver cost competitive, green power to the local consumers,” said Skakkebæk.