Coronavirus’ effect on the energy sector 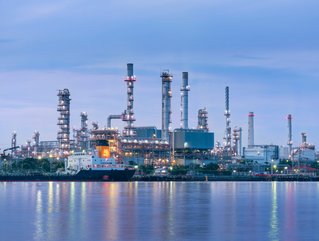 As offices, schools and other establishments close in an effort to contain the virus, some people are concerned about the stability...

As offices, schools and other establishments close in an effort to contain the virus, some people are concerned about the stability of the grid.

Yet, aside from adjusting to the new conditions of working from home, Professor Phil Hart, Director of Energy and Power at Cranfield University, wants to assure the public that our present energy system shouldn’t meet any additional challenges.

“Our power transmission and distribution systems are extremely robust and over recent years energy efficiency measures means our overall power consumption as a country has reduced,” he said.

In fact, he claims, the disruption, far from straining the availability of energy, may actually free it up. Mitsubishi Electric estimates that as much as 20TWh of the UK’s electricity consumption is spent on air conditioning (10% of the total), including in offices.

Additionally, because fewer people are commuting using petrol/diesel vehicles and industry has slowed down, the virus’ effect has actually reduced CO2 levels worldwide - China alone has reportedly reduced emissions by 25%.

Meeting the demand for energy

Professor Hart believes that meeting the consumer demand for energy should be able to continue unabated - only an unlikely scenario, such as all energy workers being incapacitated simultaneously, could disrupt power stations.

“The advent and scale of renewables in our supply system is helpful here as the size of renewable plants is generally much smaller, and the national power system will be better able to handle withdrawal of multiple smaller sites,” he explained.

With regard to oil and gas supplies, Hart considers the recent pricing war, which has seen prices drop by 26%, to be indicative of an abundance of supply rather than a shortage.

This opinion is verified by a recent article by National Geographic, which contends that supply is so profuse that production has to be restricted in order to avoid the current US$30 for a 42-gallon (159-litre) barrel price from plummeting.

In any case, biomass and coal-fired power stations should be able to continue without foreseeable restrictions.

“I feel sure that major producers such as DRAX have contingency plans in place to ensure maintenance of their base load plant is kept up to date, so the overall risk of any issues with power supply is really quite small currently,” said Hart.

The effect on smaller companies

Whilst larger companies might have the resources to weather the financial storm, smaller energy providers may become concerned about their prospects. However, Hart is again sceptical that current levels of disruption would have a significant impact.

“Whilst there may be variations in daily use profile, changes in power flows through the grid, or modest reductions in power use potentially, none of these should be meaningful to the overall commercial supply and demand outcome.

“The only exception to this is if we see major users like industrial, manufacturing or chemical works shutting down, reducing the demand significantly,” he clarifies.

So far, there have been closures of car manufacturing plants in the US and UK, but no significant slow down for other crucial industrial and manufacturing sectors (chemicals, food processing, etc). Although this situation could change, so far, there is no cause for alarm.