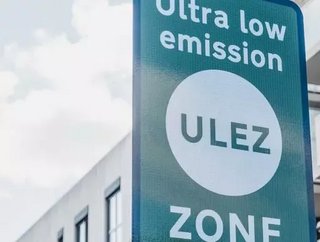 A partnership between the UK delivery company and Scandianavan EV manufacturer start-up Volta Trucks has seen the design and build of a purpose-built electric truck designed for London’s roads as part of DPD’s sustainability and net-zero strategies.

The truck has been designed to be used in the UK capital’s ultra-low emissions zone (ULEZ) which covers much of the city centre, and is a vital area in which these types of vehicles need to reach.

The current issue is Diesel and other fossil-fuel-powered vehicles are heavily polluting the capital, highlighting the need for greener solutions to be manufactured to ensure a sustainable future for both London and delivery companies alike.

The design of the truck was made and manufactured following the opening of DPD’s all-electric parcel depot in the city back in October 2018, a UK first.

Since then, the firm has built a further two fully electric micro-depots which are fully in use. Located in Shoreditch and Park Lane in the city, they are the first of many depots to be built by the company as part of its “micro-depot strategy” which will see a further six being constructed across the capital.

CSR General Manager at the delivery and logistics firm, Olly Craughan, complemented the Volta Zero vehicle describing it as “an ideal fit for our urban logistics strategy”.

Volta Truck’s CEO, Rob Fowler had this to say: "As the world's first purpose-built full-electric large commercial vehicle, the Volta Zero was specifically designed to deliver parcels and freight in inner-city locations where today's air quality and noise pollution challenges are at their worst."

This news comes shortly after the company announced that around a tenth of its vehicle fleet are now fully electric, meaning it has reached its 2020 target nearly half a year sooner than it first anticipated.

At the start of the year, a total of 130 of the firms’ vehicle fleet were fully electric, this number has since shot up to 700 and it’s growing daily.

The company has said that almost five million emissions-free parcels have now been delivered and this is set to continue to grow.

Speaking about the firm’s electric vehicle targets, DPD’s CEO Dwain McDonald said: "We originally targeted 500 EVs this year, but with over 700, we have absolutely smashed it”.

McDonald did, however, voice the “huge frustrations” of the lagging supply of battery-powered vehicles saying “we just can't get our hands on enough of them at the moment".

He continued, saying: "We are calling on the government, and the vehicle manufacturers to do everything they can to encourage the development of more EVs, at affordable prices, so that progressive companies, like us, can become even greener, even quicke