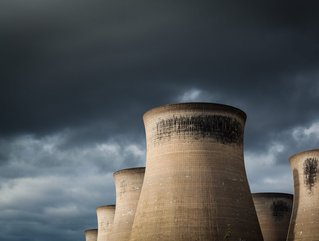 French electric multinational Engie has announced this week it will not be selling off the 139-hectare site of a disused UK coal po...

French electric multinational Engie has announced this week it will not be selling off the 139-hectare site of a disused UK coal power station in Rugeley, Staffordshire. Instead, the installation will be converted into a “sustainable village of 2000 homes powered by solar panels, in the biggest redevelopment yet of a former UK power plant”, according to a report by the Guardian.

The 2000 new builds will be 50% powered by on-site solar, with panels “fitted on rooftops, in a field and even floating on a lake.”

Engie claims that the new village will be so sustainable that it will use one-third less energy than the average UK home. The Guardian reports that “around 30% of the Rugeley project will be classified affordable homes, though it is not clear how much the green energy measures and high building standards will add to the upfront cost of the properties.”

Engie UK CEO. Wilfrid Petrie, said in a statement: “We are positioning ourselves as going beyond energy into place-making. It’s an example of us closing down our coal power plant and, instead of selling off the land, we’ve decided to regenerate it ourselves.”

This shift in methodology and ethos by Engie marks the beginning of several similar plans across the UK. In a press release, the company announced it was examining other such sites around the country. According to the Guardian’s report, Petrie said: “There’s a list of similar sites, which we are looking at. It’s not in the hundreds, but there are several”.

Peter Atherton, an analyst at Cornwall Insight, told the Guardian that “putting local electricity generation at the heart of new housing projects was almost becoming a prerequisite for developers to get through planning.”

“It is the way of the future. There is no doubt large scale housing developments going forward are going to have some form of local generation because it is all the craze,” he said.

The demolition of the Rugeley coal plant is scheduled to begin in 2019, with the firsts residents expected to arrive in 2021.