EV – charging towards a greener future 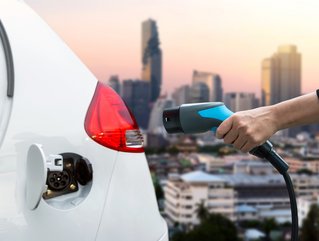 We speak to some leading lights in the energy space about the need to address the future of global charging infrastructures...

We speak to some leading lights in the energy space about the need to address the future of global charging infrastructures for electric vehicles.

Recent figures from the World Health Organization show that outdoor air pollution is responsible for over 3mn deaths a year. As populations continue to rise and the number of cars on the road is expected to hit the 2bn mark by 2050, this death toll is expected to double.

Clearly, a definitive shift towards a greener, more sustainable world is required and one area that has come into sharper focus recently is the pivotal role that could be played by the increased adoption of electric vehicles.

To better understand how close we are to the mass roll out of electric vehicles and how cities need to cope with the development of a reliable, flexible charging infrastructure, we spoke to a number of expert voices about the need for serious, tangible change.

“If we want to move towards the greater implementation of renewable energy then there is only way: more use of electricity,” says Dutch expert, Jacob Klimstra, Senior Energy Consultant and Member of the Advisory Board for Electrify Europe. “To really reach the goal of reducing greenhouse gas emissions then you can’t ignore the impact of road traffic. For example, in the Netherlands our roads are packed with cars and 99.9% of them are all based on fossil fuels. This has to change. Many cities throughout Europe are suffering because there are too many particulates in the air and the only solution is electric vehicles.”

Given that modern electric vehicles are quieter and require little maintenance, why hasn’t deployment and mass roll out been more rapid? Klimstra has some very distinct views on this issue: “They might sound really simple, but the main problems have been charging and driving range,” he continues. “If you look at how many cars have to be electric in the future and then look at the current charging infrastructure, there really does need to be a revolution. The whole grid system has to change. We have to put a lot more of these charging points in and connect them to the grid. This process has to be enforced or you can forget about it. The main problem, however, has always been the storage of the energy.”

Echoing these points is Christian Hellmund, partner in energy and renewables at law firm DWF. He too feels that a drastic overhaul is required and cites the UK as an example. “Research from Nissan indicates that electric vehicles will be at cost parity with their petrol and diesel equivalents by 2025. But, for a mass roll out of electric vehicles to become a reality, the UK needs to overcome the obstacle that is the current lack of reliable, smart charging infrastructure. The National Grid predicts that electric vehicles will require a capacity increase of approximately six gigawatts, a figure that will triple without the implementation of smart charging technologies.”

So, how do they plan to tackle this situation in the UK? “The National Grid is currently looking at plans to install superfast charging points (350kW) along Britain’s motorways to feed off its high-voltage transmission network,” Hellmund reveals. “Installation of electric vehicle charging infrastructure will also provide an impulse to accelerate the transition from a distribution network operator to become a distribution system operator managing the network more actively. This transition will help create a more intelligent network infrastructure, better able to cope with charging demand and the influx of electric vehicles.”

With the mass roll out of electric vehicles an increasing reality, Tesla is already selling 300+ mile range capable vehicles for example, what major concerns are there and just what will our future smart cities look like as they attempt to counter these previously-identified problems? “I worry that we concern ourselves with high speed rapid charging, especially in urban areas, that will ultimately become obsolete and not before astronomic investment,” says Sam Clarke, Founder of Gnewt Cargo, a fully electric logistics company.

“People will want to charge slowly and cheaply through the night from driveways and lamp posts, or equivalent. I think we will all want service station style options for convenience at higher KwH rates but, overall, we will wish to recharge back at base and have an almost endless array of convenient charge points wherever we wish to park.”

Much like Klimstra and Hellmund, Clarke also worries about the impact on national grids but is hopeful of a concrete solution. “The impact will certainly be significant. But there is a huge amount we can do on load balancing and smart technology to ensure that while we sleep the energy distribution is replenishing the electric vehicles we will be driving in a more holistic way. I also think that battery/energy storage will be a key factor to storing and harvesting energy at low demand periods to be used at high demand intervals,” he confirms.

Indeed, strides have already been made recently with pioneering technology leader ABB launching the world’s fastest e-vehicle charger at Hannover Messe. The Terra HP fast charger operates at powers of up to 350 KW and adds up to 200 km of range to an electric vehicle in just eight minutes. Tellingly, the new charger is ideally suited for use at highway rest stops and petrol stations.

The power industry
Greater implementation of these solutions will also require the relevant global power industries to be more flexible too. “There are many major cities in Germany, for example, where they are installing engine-driven systems,” says Klimstra. “These systems are running at a time when there is not a lot of electricity available from renewables such as wind and solar. They can also partly run on biogas and biomethane. When there is a lot of renewable energy on the grid you can simply stop the engines. It’s an ideal situation,” he continues.

By all accounts there are solutions out there to tackle the current lack of charging infrastructure to support the increased demand for electric vehicles but many experts, including Klimstra, feel that we need to make rapid progress immediately. “I think many governments are underestimating how much work has to be done to enforce the grid,” concludes Klimstra. “We need a lot of investment put into grid enforcement and we have to start right now.”