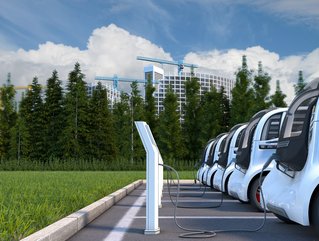 The International Energy Agency has released its

The outlook states two million electric cars were sold worldwide last year, which is a rise of 60 percent from 2015. This shows the breadth of industry’s rapid growth due to the fact that EVs are able to increase energy efficiency and lower costs, as well as cutting harmful emissions.

Global EV Outlook 2017 includes insights on the most recent electric vehicle technology, the market itself, and the changes which have occurred since the 2016 report was released. There is also a review of policy support for EVs, assessment of potential CO2 reductions, and the battery cost and efficiency developments of the past year.

Taavi Madiberk, CEO of Skeleton Technologies, has responded to the results with the following expert comment, which highlights the fact that there is still a long way to go until mass adoption of EVs is seen, and that hybrid energy is the best solution for lowering cost to consumers.

Madiberk said: “The number of electric vehicles on the road surged to two million last year, according to a recent report from the International Energy Agency (IEA). However, despite these growing numbers, electric vehicles still represent just 0.2 percent of total light-duty vehicles.

“If the automotive market is going to achieve wider adoption and continue to grow, manufacturers must introduce a hybrid energy approach, combining ultracapacitor battery technology with li-ion to reduce costs and increase efficiency.

“Crucially, ultracapacitors can be re-charged in a matter of 2-3 seconds, providing one million deep charge/discharge cycles. Furthermore, by taking peak power from braking energy recuperation from an ultracapacitor and long term stable energy output from Li-ion batteries the battery life-time is increased by 50 percent, range by 10 percent and due to higher efficiency the battery pack can be downsized. Critically, this leads to lower initial cost and dramatically lower total cost of ownership, improving performance and importantly lowering the cost for consumers. Only be utilising this technology will we see the true benefits it can offer and drive wide consumer adoption, now and into the future.”