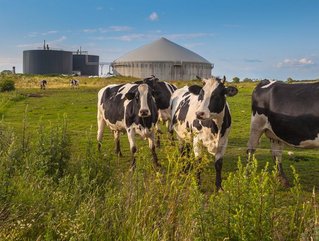 According to research by Cadent, a UK-based gas distribution firm, biogas produce from domestic waste could generate enough power to fuel 15m...

According to research by Cadent, a UK-based gas distribution firm, biogas produce from domestic waste could generate enough power to fuel 15mn homes by 2050.

This would be enough energy to cover households across the south east of England, London, and East Anglia.

Cadent claim this could be the most effective way to manage the large amounts of waste produced in the UK, as well as creating green energy.

The firm suggest that biogas could grow significantly in the next 30 years, allowing black domestic bag rubbish, agricultural waste, energy crops, food waste, and sewage to generate 183TWh of biomethane.

“The findings of this report show that with the right policies in place renewable gas could play a significant role in helping the UK meet its carbon reduction targets, particularly in heat and transport, which are lagging behind electricity,” commented Cadent Director of Network Strategy, David Parkin.

“Alongside other green energy solutions, renewable gas offers us an affordable, sustainable route to heat our homes and fuel transport, while tackling climate change, and contributing towards more sustainable waste management and cleaner air.”

In the report, Cadent propose that two-thirds of renewable gas could be sourced from energy crops and agricultural residues, with the remaining third coming from waste. Of that third, 83% would be produced by Bio-Substitute Natural Gas (BioSNG) and 17% would derive from biomethane, generated by anaerobic digestion.

Cadent are aiming to work with the UK government in order to initiate a journey towards decarbonisation.