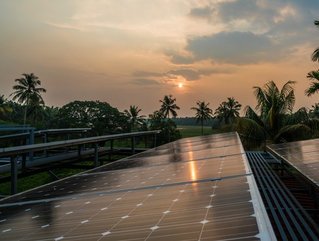 India added more new capacity of renewable energy than it did traditional power, such as coal, between April 2017 and March...

India added more new capacity of renewable energy than it did traditional power, such as coal, between April 2017 and March 2018, Quartz reported.

For the first time ever, capacity from renewable installations overtook conventional sources, with 11,788MW of clean power being added to India in the review period.

Thermal and hydropower sources were responsible for contributing 5,400MW of power capacity to the grid.

Narendra Modi’s government has set the target of adding 175,000MW of additional renewable energy capacity by 2022.

Despite the numbers being on track, the wind and solar power industries are not meeting the targets.

India aimed to develop 4,000MW of new wind power capacity, but only installed 1,700MW due to policy changes.

Last year, solar met its target of 9,000MW of new capacity, however the figure was revised from an earlier 15,000MW target.

Hydropower, waste-to-energy, and biomass are the sources leading the way and surpassing targets.

“While we keep focusing on solar all the time, the entire private sector space, entrepreneurs are looking at other areas as well,” Kanv Garg, EV’s Director of Renewables and Electric Mobility, informed Quartz.

“People are now thinking about how to collect waste in the most economical manner, how to cut short the supply chain, which is a huge cost, and how to get money out of the entire space.”