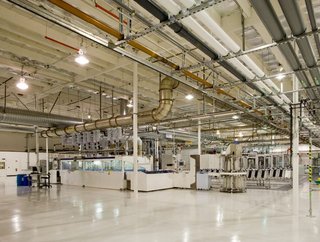 The global industrial manufacturing firm based in Ireland, Ingersoll Rand, has confirmed that it has reached its 2020 energy efficiency goal...

The global industrial manufacturing firm based in Ireland, Ingersoll Rand, has confirmed that it has reached its 2020 energy efficiency goal early.

The company aimed to cut its greenhouse gas footprint in its operations by 35% by 2020, but has hit the target two years early.

In order to meet the goal, the manufacturer used an energy efficiency strategy, aiming to increase it by 10% from a 2013 baseline.

“Energy efficiency is a primary consideration in everything we do across our own operations and for our customers in the building, industrial and transport industries,” said Paul Camuti, Senior Vice President of Innovation and Chief Technology Officer at Ingersoll Rand.

“We are pleased to achieve this significant milestone, and thank the Ingersoll Rand team around the world for reducing energy use and our impact on the environment, and enhancing sustainable value for our customers.”

In order to improve energy efficiency by 10%, Ingersoll Rand conducted an energy audit of its large facilities.

Following the audit, the firm upgraded its air-conditioning systems, building controls, and lighting.

It also eliminated energy leakage from its compressed air systems, which collectively reduced energy usage by 109,000 MM BTUs and electricity consumption by 22,000MWh.

Ingersoll Rand also installed on-site solar projects to three large manufacturing sites in the US and China, which addressed 15% of the facilities’ energy loads.

“Availability and accessibility of renewable energy options continues to increase, making it attractive to manufacturers like Ingersoll Rand and to our customers,” said Keith Sultana, Senior Vice President of Global Operations and Integrated Supply Chain at Ingersoll Rand.

“We engaged our own Trane Energy Supply business to provide a roadmap on how to be smarter about our energy purchases, and to organize an agreement that is responsible to the environment and good for our business.”