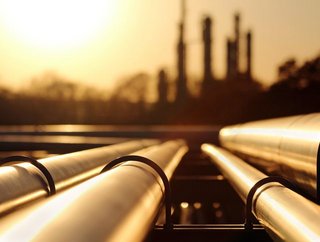 The Republic of Ireland has announced plans to divest from fossil fuels, becoming the first country in the world to do so...

The Republic of Ireland has announced plans to divest from fossil fuels, becoming the first country in the world to do so.

The nation passed a bill with all-party support in its lower house of parliament on 12 July, the Guardian reported.

The Ireland Strategic Investment Fund, the country’s €8bn (US$7.07bn) national fund, will sell of its investments in fossil fuels, including coal, oil, gas, and peat.

The investments, which are spread across 150 firms and total more than €300mn ($265mn) are anticipated to be sold within the next five years.

“The [divestment] movement is highlighting the need to stop investing in the expansion of a global industry which must be brought into managed decline if catastrophic climate change is to be averted,” said Thomas Pringle, the politician responsible for introducing the bill.

“Ireland by divesting is sending a clear message that the Irish public and the international community are ready to think and act beyond narrow short term vested interests.”

“Today, the Oireachtas [Irish parliament] has made a powerful statement,” Éamonn Meehan, Executive Director of Trócaire, the international development charity.

“It has responded to the public’s call for leadership on this issue and sent a powerful signal to the international community about the need to speed up the phase-out of fossil fuels if global climate goals are to be delivered.”

“This is vital. Climate change is one of the leading drivers of poverty and hunger in the developing world and we see its devastating impact every day in the communities in which we work.”

“Extended droughts, floods and storms have already contributed to the deaths of hundreds of thousands of people, with millions more facing hunger and in need of urgent aid just to survive.”

“Ireland has gained a reputation internationally in recent years as a ‘climate laggard’ and just last month Ireland was ranked the second-worst European country for climate action, so the passing of this bill is good news but has to mark a significant change of pace on the issue.”