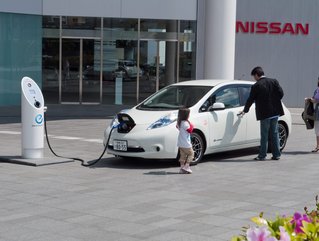 Japan has announced a commitment to make all passenger cars produced in the country electric by 2050.

Japan has announced a commitment to make all passenger cars produced in the country electric by 2050.

The goal was outlined at a committee held by economic ministers and attended by prominent Japanese automakers including Toyota, Honda and Nissan. The panel stated that it will also aim to reduce the greenhouse gas emissions of all passenger vehicles by 90% by 2050, from the 2010 figure.

The committee was held to plan out the country’s future within the automotive sector, with the Japan Times stating that the group also plans to discuss long-term, ethical sourcing. This will include ensuring cobalt, a key element in the electric car manufacturing process, is sourced from areas not associated with child labour or conflict.

In fact, an entire new industry organisation is being set up to allow automakers to collaborate in cobalt procurement, and the committee is also committing to the purchase of clean materials within the supply chain.

According to Energy Live News, Japan’s Minister of Economy, Trade and Industry Hiroshige Seko said: “Japan would like to contribute to achieve zero emissions on a global scale by spreading electric vehicles worldwide. That’s a goal only Japan, home to the top level of auto industry, can set.”