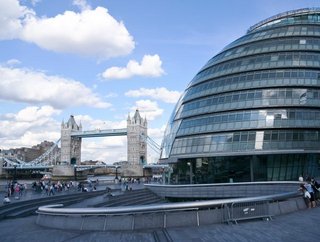 The Mayor of London, has announced plans to make the UK’s capital city the green city in the world by 2050.

The Mayor of London, has announced plans to make the UK’s capital city the green city in the world by 2050.

The ambitious plan is set out in the London Environment Strategy (LES), including increasing investments in renewable projects and improving air quality.

The scheme wants to increase the amount of solar photovoltaic (PV) capacity in the city by 20 times as much by the deadline.

Sadiq Khan, the city’s Mayor, has also suggests that the amount of food waste in London is halved within the next 32 years.

This is five years ahead of the previous goals set, in a bid to achieve the ultimate goal of London becoming carbon-neutral by 2050.

The plan has been created subsequent to City Hall consultation with 3,000 member of the public and 370 stakeholders, all in London.

“I’m delighted that so many Londoners have got involved and given their feedback on the future of London’s environment,” stated Sadiq Khan, the Mayor of London.

“In order to protect it for future generations, we must take tough action now - we have already done some fantastic work, but there is lots more to do, and we need all Londoners, and the Government, to play their part.”

“I congratulate Mayor Khan and the team in London for being amongst the first cities globally to publish a plan set to deliver the highest ambition of the Paris Agreement,” commented Mark Watts, Executive Director of C40 Cities Climate Leadership Group.

“London is providing inspiration to cities around the world."