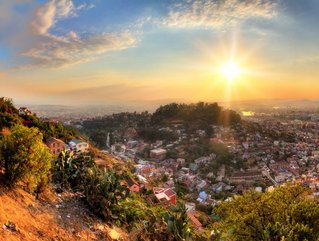 Madagascar has announced plans to develop more solar power projects in a bid to reduce the costs of electricity production...

Madagascar has announced plans to develop more solar power projects in a bid to reduce the costs of electricity production.

The nation’s government will implement the Madagascar Electricity Sector Operations and Governance Improvement Project (EGOSIP) following the approval from the World Bank for a US$40mn credit from the International Development Association.

The financing, which was approved in June, will see the Performance Improvement Plan imposed on the Madagascan utility, Bloomberg reported.

Ultimately, the nation aims create universal access to electrical power by 2030 – currently less than one in seven of Madagascar’s population is connected to electricity.

Lanto Rasoloelison, the country’s Energy Minister, announced that the government has sent the target to reduce the cost of electricity from MGA850 (US$0.26) per kWh for power sourced by oil and diesel, to MGA580 ($0.14) per kWh for solar power.

The project aims to diversify the source of power in the country, which see approximately 50% of its energy provided by thermal power.

The nation has great potential for solar power projects due to most regions having easy access to sunshine – receiving more than 2,8000 hours per years, the Africa-EU Renewable Energy Cooperation Programme claims.