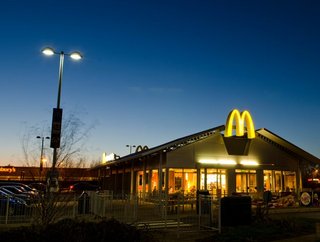 The American fast-food restaurant, McDonald’s, has set itself emission reduction goals that have become the first to receive approval from...

The American fast-food restaurant, McDonald’s, has set itself emission reduction goals that have become the first to receive approval from the Science-Based Target Initiative (SBTI).

The company aims to reduce its carbon emissions by 36% across it’s global restaurants and offices by 2030, setting 2015 as its baseline.

McDonald’s has also committed to reducing emissions produced through its supply chain during the same time frame by 31%.

Together, the targets the firm has set will reduce carbon emissions by 150mn tonnes.

Both goals have been approved by the SBTI, which has partnered with CDP, UN Global Compact, WRI, and WWF.

The groups claim that McDonald’s has been aligned with emissions reductions that are required to prevent global warming raising by two degrees.

“As a business with a presence up and down the country we take our environmental responsibilities incredibly seriously and work hard to reduce our impact on the environment,” stated Connor McVeigh, Supply Chain Director at McDonald’s.

“I’m proud of the progress we’ve made but there’s more work to do, which is what today’s announcement is all about,” he added.

The fast-food chain will predominantly target emissions generated through beef production, following its study that British farmers could averagely reduce emissions by 23%.

The company has already implemented the use of biodiesel in its transportation across the UK, as well as using renewable energy it’s in UK stores.