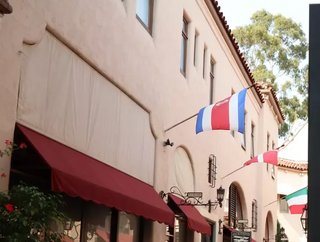 NEXT Energy Technologies is set to roll out its innovative energy-producing panels in commercial windows after securing $13.4 million in Series C funding.

Speaking exclusively to Energy Digital, Daniel Emmett, CEO of NEXT, said: "We've done three rounds of funding and during that time have improved the efficacy and performance, and reduced the technical risk, and are now ready for commercial scale up. We're definitely looking to roll out globally."

It marks an exciting milestone for a company which "spun right out of the lab" 10 years ago at the University of California Santa Barbara. NEXT applies a transparent ink coating, which dries and forms the organic semi-conductor PV, which is then encapsulated between two panes of glass, and hermetcially sealed. Windows can save anywhere between 20-40 percent of the building's energy load.

"When we were looking at applications, it became clear that the way the standard window is built is almost identical to the encapsulation you need for any kind of solar. It's the perfect environment for these materials - and we're saving a bunch of cost."

The timing looks auspicious as corporate managers seek more energy-efficient and climate-compliant spaces in a net zero-oriented age. The buildings sector accounts for about 76% of electricity use and 40% of all US primary energy use and associated greenhouse gas (GHG) emissions, according to U.S. government statistics.

“New building materials and innovative designs are now required to enable buildings to meet net-zero and sustainability requirements. We believe our photovoltaic windows are ideally aligned to support the global energy transition to renewables,” said Emmett, adding that it will shortly announce a partnership with 'a major European construction company'.

"As we emerge from COVID-19, workers returning to their offices are actively re-evaluating the role offices and buildings play in their lives; and architects, developers and employers are listening."

Conscious of the product's broad potential, Emmett said it is looking at licensing opportunities.

"We can come out and say 'hey, we've got these great new windows' or we can empower the existing supply chain - and the former would be far more disruptive. Coatings are standard in the window industry so we're simply coming in with another coating solution for window manufacturers. This way enables us to get scale quickly, across multiple regions and partners. But it's really less about the numbers and more the quality of who they are, and what their reach is."

Proceeds from the latest round of financing will accelerate the transition to large-area coating for commercialisation, pilot installations, durability testing, and industry certification. It follows the company’s recent selection into the CalTestBed Initiative, a California Energy Commission (CEC) funded effort to speed the commercialization of clean energy technologies.

"We're not quite in a place to say how much it will cost per square foot - but we're looking at pricing below electrochromic windows, which produce switchable tints. In the US, we're anticipating a one-to-three-year payback on incremental cost.

"When you look at the way the world is going right now - I don't want to overstate it, but it has the potential to become a standard product."