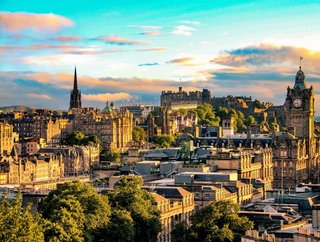 Scotland has released the draft of its climate change strategy, which outlines plans to cut the nation’s greenhouse gas e...

Scotland has released the draft of its climate change strategy, which outlines plans to cut the nation’s greenhouse gas emissions.

The country has announced that it aims to reduce its emissions by two-thirds by 2030 with the ultimate goal of hitting a 90% reduction by 2050.

Following 2050, Scotland wants to reduce its emissions by 100% “as soon as possible”.

The nation has confirmed that it does not want to meet its target through carbon offsetting, and that it will be relaunching a climate change fund for applications, as well as establishing an advisory panel to help achieve the goal.

The UK Committee on Climate Change has deemed the plan “at the limit of feasibility”.

“Our 90% target will be tougher even than the 100% goal set by a handful of other countries, because our legislation will set more demanding, legally-binding, annual targets covering every sector of our economy,” stated Roseanna Cunningham, Scotland’s Environment Secretary.

“The fight against climate change is a moral responsibility but Scotland's academic and engineering expertise, coupled with our outstanding natural resources, mean it is also an economic opportunity.”

However, the strategy has received criticism for not setting a deadline for reaching zero emissions.

“The government claims Scotland will be one of the first countries to achieve zero emissions, but the bill does not commit to that,” remarked Tom Ballantine, Chair of Sop Climate Chaos Scotland.

“By failing to ally with the global momentum towards zero emissions, led by countries like France, Sweden and New Zealand, Scotland is missing a huge opportunity to end its contribution to climate change in a generation, attract clean investment and retain its position as a leader on the global stage.”