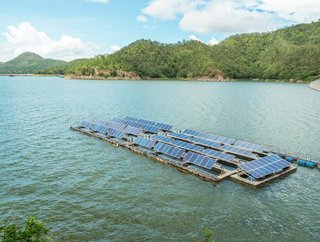 The Housing Board (HDB) in Singapore has announced plans to explore offshore wind farms in a bid to utilise the water surro...

The Housing Board (HDB) in Singapore has announced plans to explore offshore wind farms in a bid to utilise the water surrounding its small land area.

The state aims to lower its reliance on fossil fuels but lacks vast spaces of land to install renewable energy projects, the Straits Times reported.

The HDB announced on 8 July that it will be partnering with a landscaping firm in order to harvest more energy from the sun.

The partnership will sign a research collaboration in order to conduct development research into floating solar systems suitable for coastal marine conditions, making them capable of withstanding harsh wind and wave conditions.

“One way to further harvest Singapore's solar energy is to look beyond... to the sea,” remarked Cheong Koon Hean, CEO of the HBD, according to the Straits Times.

The state’s grid currently relies on more than 95% of power being sourced from natural gas, which despite being a cleaner form of, is a still a fossil fuel.

The HDB has targeted solar installations in the state for the past decade, Cheong claims, with more than 2,400 of its blocks fitted with solar panels.

By 2020, the board aims to have 5,500 blocks either fitted with solar panels, or be identified to have panels installed in the future.