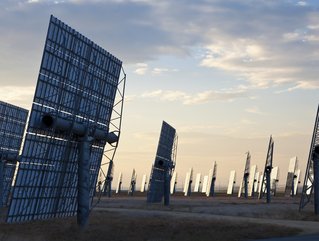 Over the next few years the global solar energy leaderboard is set to change significantly. As momentum for solar gathers in large countries like Ind...

Over the next few years the global solar energy leaderboard is set to change significantly. As momentum for solar gathers in large countries like India and the USA, it has been predicted that these nations will a make massive leap forward on the global stage. Using data compiled by PowerWeb, we take a look at what the global top 10 energy rankings are predicted to look like in terms of installed capacity.

Governments across the world have been implementing measures to encourage the uptake of solar at both a personal and grid level (using incentives such as feed-in tariffs) in recent years, with varying degrees of enthusiasm and success. Whatever the method, there is much promising data that suggests to the naysayers that solar can outperform traditional generation methods in many instances.

Without further ado, here are the top 10 solar-producing countries.

While Pakistan only became a solar country in 2012 when its first on-grid PV plant came online, the Southern Asian country has high ambitions. Central to its solar strategy is the Quaid-e-Azam Solar Park billed for completion this year which, once fully operational, will have a 1GW capacity and will be the largest of its kind in the world. Due to the recent fall in global tariffs, Pakistan is set to adopt power auctions which could further push down solar energy prices.

Since 2009, Australia’s solar presence has snowballed, with its cumulative PV capacity of a few hundred megawatts growing to a healthy 5.7GW in 2015. To date, the country has nearly 20 solar projects (with a capacity exceeding 1MW) at various stages of completion. But these promising results don’t show the full picture. Despite high levels of sunshine and economic development, many have criticised the country’s relatively low global ranking and are demanding that the government do more to encourage the industry.

With a strong economy and well-developed energy sector, it is little wonder that solar took off in France. In 2016, French President François Hollande stood with India’s Narendra Modi to lay the foundation stone for the headquarters of the International Solar Alliance (ISA) in India. The institution aims to develop solar capabilities in countries between the Tropics of Cancer and Capricorn.

Italy’s presence in the rankings is atypical since it is a net energy importer and lacks many of the assets of its peers. In spite of this solar makes up almost 10 percent of the country’s energy mix and is set to double in the next decade; Eurostat has even suggested that Italy could exceed its 2020 target. This method of power generation not only represents an opportunity for Italy to exploit a resource it has in abundance, but also a chance to reduce dependence on foreign generation.

Germany has hit the headlines in recent years for making a number of significant commitments to renewable energy. Its Energiewende strategy aims to ensure that, by 2050, the country obtains at least 60 percent of its energy from renewable sources as part of its drive to slash carbon emissions. As Europe’s leading country for renewables, Germany boasts nearly 30 significant PV generation plants, which each generate at least 20MW annually. And, similar to the UK, the country is breaking its own solar records this year.

Entering into the solar game as recently as 2011, India is predicted to make massive strides in production by 2020, with the World Bank providing $1 billion in lending in this year alone. And according to PowerWeb, its solar boom has only just begun, with the Modi government aiming to have an installed capacity of 100GW by 2022. As a developing country, solar also plays an extended role in heating and purifying water in many Indian regions and exemplifies the potential to leapfrog generation methods used by more developed countries.

With long established technology and manufacturing sectors, Japan was a natural early adopter of solar generation and continues to innovate in the sector, aiming for solar to meet 10 percent of the country’s energy demands by 2050. Japan is notable for its Solar Ark building completed in 2002 which is one of the world’s largest solar buildings and serves to educate visitors about sustainability. A Japanese company recently made the world’s most efficient solar panel.

The USA has the technology, talent and environmental conditions required for large-scale solar rollout (not to mention the ever-increasing demand). But political support for renewables has been patchy to say the least, and with Trump threatening to withdraw America from the Paris Agreement the future for solar in America is far from certain. Nevertheless, the country’s solar prospects are far from bleak. A number of states have set high renewable energy goals and solar will inevitably make a significant contribution to these. As it stands, the US is home to many of the world’s largest solar installations, as well as advanced domestic capabilities.

Frankly, China’s environmental record leaves a lot to be desired. This perception goes a long way to explain why its recent efforts haven’t received much attention, despite the country expanding its solar capacity by 81 percent last year. The country is aiming to generate 20 percent of its power using renewable means by 2030 – a feat made all the more exciting given its previous track record. By 2014 the country accounted for as much as 70 percent of the world’s total installed solar thermal capacity – a trend it is keen to see continued.