UK government commits to removing all diesel trains by 2040 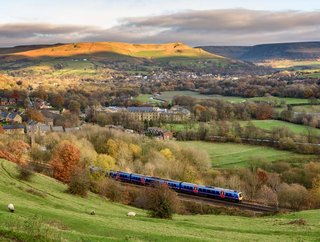 By 2040, the UK government has pledged to phase out diesel-only trains from its railways. The UK’s Rail Minister, Jo Joh...

By 2040, the UK government has pledged to phase out diesel-only trains from its railways.

The UK’s Rail Minister, Jo Johnson, has argued for an alternative solution to diesel use – bi-mode trains.

Diesel-powered trains contribute to 29% of the country’s fleet, and the industry’s carbon footprint has increased by 33% since 1999.

The minister argues against the complete electrification of British trains, and believes that ones that can switch between running on electric and diesel mid-journey should be introduced.

“I would like to see us take all diesel-only trains off the track by 2040. If that seems like an ambitious goal – it should be and I make no apology for that,” commented Jo Johnson, Rail Minister.

The nation is currently developing alternative train fuels, such as battery and hydrogen-powered transport.

“Hydrogen offers an affordable – and potentially much cleaner – alternative to diesel,” he said. “And the technology has developed fast in recent years.”

In 2016, the UK’s transport industry became the highest emitter of CO2, overtaking the power sector.

In a bid to manage this, the government also announced plans to ban all new petrol and diesel vehicles by 2040.