UK Government pledges to cut carbon emissions by 78% by 2035 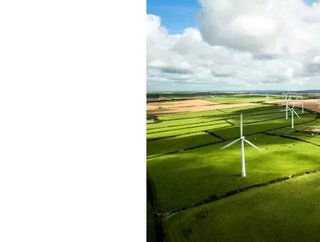 UK Government to enshrine new emission targets in law by the end of June as Prime Minister Boris Johnson targets new technologies and green innovation
The UK government has agreed to stick to Climate Change Committee recommendations and cut carbon emissions by 78% by 2035 compared to 1990 levels, it announced today.

The sixth Carbon Budget limits the volume of greenhouse gases emitted over a 5-year period from 2033 to 2037, taking the UK more than three-quarters of the way to reaching net zero by 2050.

The budget will ensure Britain remains on track to end its contribution to climate change while remaining consistent with the Paris Agreement temperature goal to limit global warming to well below 2°C and pursue efforts towards 1.5°C.

For the first time, the budget will incorporate the UK’s share of international aviation and shipping emissions – an important part of the government’s decarbonisation efforts that will allow for these emissions to be accounted for consistently.

This comes ahead of Prime Minister Boris Johnson addressing the opening session of the US Leaders’ Summit on Climate, hosted by President Biden on Earth Day (April 22). The Prime Minister will urge countries to raise ambition on tackling climate change and join the UK in setting stretching targets for reducing emissions by 2030 to align with net zero.

The government is already working towards its commitment to reduce emissions in 2030 by at least 68% compared to 1990 levels through the UK’s latest Nationally Determined Contribution - the highest reduction target made by a major economy to date. Today’s world-leading announcement builds on this goal to achieve a 78% reduction by 2035.

The new target will become enshrined in law by the end of June, with legislation setting out the UK government’s commitments laid in Parliament tomorrow.

Prime Minister Boris Johnson said the UK will be home to "pioneering businesses, new technologies and green innovation as we make progress to net zero emissions".

Through its presidency of the crucial UN climate summit, COP26, which will take place in Glasgow later this year, the UK is urging countries and companies around the world to join the UK in delivering net zero globally by the middle of the century and set ambitious targets for cutting emissions by 2030.

The government has already laid the groundwork to end the UK’s contribution to climate change by 2050, starting with ambitious strategies that support polluting industries to decarbonise while growing the economy and creating new, long-term green jobs.

This includes the publication of the Industrial Decarbonisation Strategy, an ambitious blueprint for the world’s first low carbon industrial sector, slashing emissions by two-thirds in just 15 years, as well as over £1 billion government funding to cut emissions from industry, schools and hospitals.

Further, the UK is the first G7 country to agree a landmark North Sea Transition Deal to support the oil and gas industry’s transition to clean, green energy while supporting 40,000 jobs.

Through the deal, the sector has committed to cut emissions by 50% by 2030, while the government, sector and trade unions will work together over the next decade and beyond to deliver the skills, innovation and new infrastructure required to decarbonise North Sea production.
emissionsNetzeroUK
Share
Share