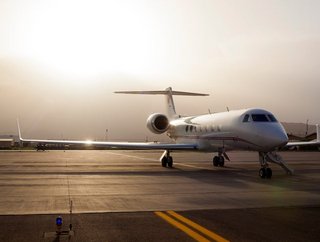 The marketplace for private jet charters, Victor, has announced it will be working with Air BP and BP Target Neutral. The...

The marketplace for private jet charters, Victor, has announced it will be working with Air BP and BP Target Neutral.

The firms have launched a carbon offset programme for private jet charters, aiming to place them and participating companies as leaders of industry environmental impact deadlines in Europe.

Victor and Air BP have already received signatures for the initiative from more than 50% of their customers.

Victor has received an increase of 46% (year-on-year) in the number of charter booked through its platform by operators that have signed the initiative.

78% of the firm’s customers which joined the scheme have received quotes for flights where carbon emissions for the fuel used will be offset.

Victor aims to use 100% carbon neutral fuel by 2020, according to the International Civil Aviation Organisation’ Carbon Offsetting and Reduction Scheme for International Aviation (CORSIA).

“Victor continues to set an agenda for positive change across the private aviation industry. This programme, in collaboration with Air BP and BP Target Neutral, offers an instant opportunity for operators to advance their carbon reduction plans ahead of several crucial industry deadlines, whilst further validating the role of private aviation to the customer as a driver for global economic, social and cultural development,” stated Mike Ryan, the Co-Founder and Head of Supply at Victor.

“This is an important stepping stone in the journey towards a truly low carbon future,” he added.