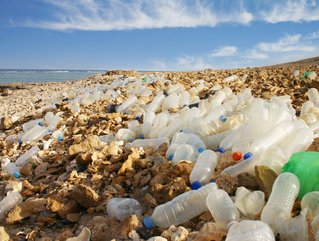 The 2017/18 edition of the Volvo Ocean Race has teamed up with the United Nations (UN) to strengthen the message of its global ‘Turn the Tide on Pl...

The 2017/18 edition of the Volvo Ocean Race has teamed up with the United Nations (UN) to strengthen the message of its global ‘Turn the Tide on Plastic’ initiative.

One boat taking part, led by UK national Dee Caffari, is representing the campaign in the hope of drawing attention to the growing levels of plastic waste in the world’s oceans.

Caffari’s name is a significant platform for the initiative, with her being the only woman to have solo sailed around the world three times non-stop.

With marine litter harming over 600 marine species, and with 51trn microplastic particles already in our oceans, the ‘Turn the Tide on Plastic’ team, alongside its other competitors, will travel 45,000 miles across four oceans, six continents and 12 host cities with the hope of spreading awareness of the growing problem.

“I’m absolutely delighted to get the opportunity to sail for a cause I am so passionate about,” Caffari said.

“The Volvo Ocean Race is the ultimate test of a team in sport, and with the ambition to race with a youth-orientated international mixed crew, we are looking to make an impact on and off the water.”

The Mirpuri Foundation and Ocean Family Foundation have agreed to fund the team, with both organisations aimed at campaigning for ocean health and sustainability.

The competition will kick off on 14 October and won’t conclude until the summer of 2018.