Women in Engineering Day: the future of females in energy 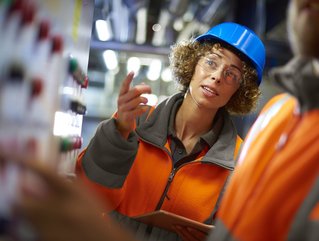 Today is Women in Engineering Day; Energy Digital spoke exclusively to Elena Bou, Innovation Director at InnoEnergy, about the role of women in S...

Today is Women in Engineering Day; Energy Digital spoke exclusively to Elena Bou, Innovation Director at InnoEnergy, about the role of women in STEM - specifically with regard to the energy industry - and the future of female workers in this sector.

Why are there relatively few women are in the sustainable energy space? Is this the same for the energy sector as a whole?

The fact that there are relatively few women in sustainable energy is a complex problem largely because there are many factors at play:

1. Lack of women in STEM (science, technology, engineering and mathematics) education: 1,300 million people with technical skills will be required by 2020, and current graduate levels in STEM subjects are not sufficient to fill this need. Policy makers within the EU have recently called for more to be done to attract students to this area. However, there is a secondary problem in that women are grossly under-represented in STEM. A 2012 WISE report stated that “while a few (mainly ex-Soviet) countries have around 20 per cent women in STEM, Western European countries such as France and Spain (17% each), Denmark (16%), Germany (15%), Finland (15%), and UK (9%) all bring the European average down to 17 per cent.” If we take a broader look at engineering studies at a whole, the scenario is not more promising: three quarters of the students are male.

2. Lack of role models: A common complaint amongst women who are looking to enter the energy field is the lack of role models. Role models in this context refers to successful females who have succeeded in energy businesses. Aspiring women want role models as they provide a great source of inspiration, guidance, knowledge and confidence building. The vicious cycle of the low number of women entrepreneurs results in lower numbers of successful role models. However, this can be broken when the gap between potential role models and entrepreneurs is bridged by sharing experiences and successes.

3. Socio-cultural factors: It is important to address the differences in socio-cultural factors, with special emphasis on the way girls are raised in the different European countries. While women educated in STEM fields constitute a mere quarter of the total number of STEM students, these percentages vary across European countries. For instance, Baltic countries such as Estonia, Bulgaria, Latvia, Slovenia, Poland and Lithuania have more women engineers than male engineers (UN Report). So it is clear that the number of women studying STEM subjects varies considerably across Europe. An interesting area to probe into deeper would be to observe any patterns in how girls are raised that positively influences them to choose STEM fields and / or entrepreneurship.

The energy industry is a typical male-dominated environment, although, interestingly, scientific studies have demonstrated no significant differences between male and female leaders in their demonstration of emotional and social intelligence. The most successful men and women were also more similar than different when it comes to these competencies. However, gender biases persist, as male leaders were assessed as more successful even when the female leaders demonstrated an equivalent competency level.

This is the general situation, independently of the energy field. However, lately we have found out two interesting aspects in the case of female energy entrepreneurs. In start-ups where they are applying cross-innovation between health/biomedicine and energy, women have a predominant role. Also, the number of women that founded energy start-ups based on software, and trying to solve problems on mobility and smart housing, is slightly larger than on hardware.

Is the trend starting to change?

Despite the low number of women in the sustainable energy field, the context is promising. The European energy market is changing. New business models are appearing and the Winter Package from the European Commission on the future of energy is highlighting new areas of development and recommending a consumer-centric approach. This new context requires high doses of creativity, high potential diverse teams and a multidisciplinary approach to face energy challenges.

For instance, when dealing with introducing innovations in the field of energy efficiency in buildings, technology was the main point of attention. Today, we know that a holistic perspective is needed. Multidisciplinary teams where engineers, economists, anthropologists and legal experts work together accelerates innovation in this sector. In such a context, women in sustainable energy may definitely play a more active role because here, the supply shortcoming is solved.

What advice would you offer women seeking to pursue a career in the industry?

Be persistent, be game-changers, be confident that you can contribute to create new opportunities. Sustainable energy is a field in line with the “natural” motivations of many female professionals: to make this world a better place for future generations!

Why it is important for diverse boardrooms and teams to tackle the energy issues of the day/future?

One of the key aspects for creating disruptive innovation is the creativity potential. This potential is positively correlated with the level of diversity, which is proven to create the so-called ‘creative abrasion’ that is the source of innovative ideas. That is why InnoEnergy looks for complementary teams, with different knowledge backgrounds, nationalities, and gender. The lack of women in entrepreneurial teams diminishes this creativity potential and ultimately reduces the opportunities for innovation.

This is one of the reasons why in most studies of start-ups and their ecosystems, gender equality and the presence of foreign employees are used as proxy indicators of this creativity potential (e.g. The Global Startup Ecosystem Ranking 2015 by Compas, Global Women Entrepreneurship Scorecard by Dell, 2015).