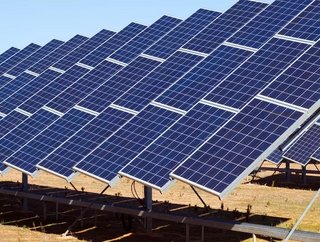 Professor Tadhg O’Donovan, Head of the School of Engineering and Physical Sciences at Heriot-Watt University Dubai, shares his views on how robotics and automation can deliver a real impact in leading the Middle East’s transition to solar energy and in advancing the overall sustainability agenda

As the world grapples with diminishing supplies of oil and the need to reduce carbon emissions, the adoption of disruptive technologies such as robotics and automation can be an important catalyst for the proliferation of renewable energy. Current applications and research show that robotics and automation help simplify the processes involved in support of renewable energy generation, especially for solar energy sources, which results in increased productivity, and cost savings.

Solar panel placement
Robots and automation can help unload and place solar panels onto racks at huge utility-scale sites. Thanks to outdoor, autonomous robotic technology, the process for solar field assembly can be made more efficient. Moreover, due to the fragile nature of solar cells and wafers, high-speed impact robots are more suitable and gentler than manual handling which helps ensure higher throughputs with better yield. Robots support solar construction crews, not replace them which means utility-scale contractors are able to reduce large amounts of repetitive tasks and improve productivity, bolster worker safety, and produce more MegaWatt-hours, faster.

Solar panel cleaning and maintenance
Crucial tasks such as removing dust from solar cells can be automated with the help of self-cleaning robots which is otherwise risky for people. Dust removal is critical in high dust-density regions such as the Middle East to maximise the irradiance incident on the panel and to ensure the solar panels provide maximum power output and energy yield. Water-free autonomous cleaning system can save billions of litres of water over the lifetime of a plant situated in arid regions.

Manufacturing of solar power systems
Robots in the PV manufacturing process make a significant contribution due to their ability to reduce costs considerably and enhancing precision and accuracy when compared with human intervention. Manufacturers can deploy robots and automation to make smarter and swifter production decisions, which ultimately increase precision, reduces the cost of production, and improves productivity. Silicon ingot, silicon modules, solar cells, and silicon wafers are some examples of delicate components that can be produced with high precision through robotic automation.

Integrating robotics into the renewable energy industry comes with a few of challenges too. One of the largest challenges being the power grid itself which is primarily designed to transport energy from large, centralized power plants fuelled by non-renewable sources such as natural gas and oil. Hence, the current power grid requires an overhaul before solar and other forms of distributed renewable energy can be truly integrated as a viable source of power.

An increase in the integration of robotics and automation in the renewable energy industry could lead to an eventual total shift from other sources of energies such as oil to greener alternatives such as solar. Finally, this will spur the creation of “jobs of the future” – especially in high-growth data, digital and robotics engineering.