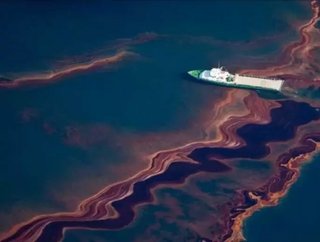 The long awaited trial against BP over the 2010 Macondo well explosion in the Gulf of Mexico commenced Monday morning. &quot;The primary fault for thi...

The long awaited trial against BP over the 2010 Macondo well explosion in the Gulf of Mexico commenced Monday morning.

"The primary fault for this disaster lies with BP," Assistant U.S. Attorney Mike Underhill said at the start of the trial, which is being overseen by Judge Carl Barbier in New Orleans.

BP has already spent an upwards of $37 billion on cleanup, payouts, settlements and fines. The remaining liabilities could add tens of billions of dollars more to its tab should Barbier determine that BP was grossly negligent.

While no one at BP or the Justice Department has commented on an official settlement proposal, several lawyers have said that a $16 billion proposal had been made. The states of Alabama and Louisiana are also participating in the trial, although Florida, Mississippi and Texas were also affected. Louisiana, the hardest state hit from the disaster, is expected to see the largest payout of any state from a settlement in US history.

The New York Times writes, “the proposal signals the first agreement among states and the federal government on two other crucial issues: a rough plan for how the states would divide any settlement money, and how the settlement would balance fines and penalties against BP.”

The first phase of the trial is expected to last three months. Depending on Barbier's decision, the company may face non-tax-deductible fines as high as $17.6 billion under the Clean Water Act.

Eventually, BP will also face penalties for environmental damages and remediation costs, which could range from $5 billion to $20 billion.

With so many claimants involved, with varying perspectives and interests from different locations, progress over the years has been slow. Last year, the company pleaded guilty to 14 criminal charges, including manslaughter and agreed to pay $4.5 billion in fines and penalties. However, individuals, businesses and the Justice Department have also filed charges against BP.

The company has set aside a fund of $8.5 billion to settle those claims.