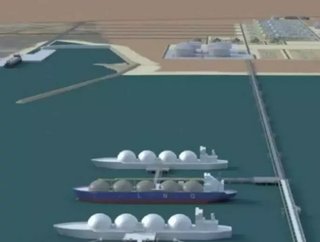 Japan is seeking alternate means by which to generate the electricity lost following the shutdown of the countrys nuclear power plants. The short-term...

Japan is seeking alternate means by which to generate the electricity lost following the shutdown of the country’s nuclear power plants.  The short-term fix is coming in the form of liquefied natural gas (LNG), which Tokyo Electric Power Company (Tepco) has agreed to purchase from Chevron’s Wheatstone project.

Tepco will buy approximately 3.1 million tonnes of Chevron’s LNG reserves annually according to the deal signed Wednesday.  The agreement is expected to last up to 20 years and will equate to roughly $54 billion in LNG purchases by Tepco.  The agreement will account for more than a third of Wheatstone’s 8.9 million-tonnes-a-year initial output.

ConocoPhillips to Split into Two Companies

The Wheatstone project is an Australia-based LNG processing facility sourcing its natural gas reserves from the Wheatstone, Iago, Julimar and Brunello offshore gas fields.  Tepco is expected to buy a stake in the project that is a joint venture between Chevron, Apache Corp., and a subsidiary of Kuwait Foreign Petroleum Exploration Company.

With LNG taking off in Australia, the decision by Japan to pursue natural gas as an immediate replacement for nuclear is a logical choice.  While the country will be looking to implement more renewable energy generation like solar and wind, renewable capacity will be slower to develop.  LNG can fill the gap much quicker.